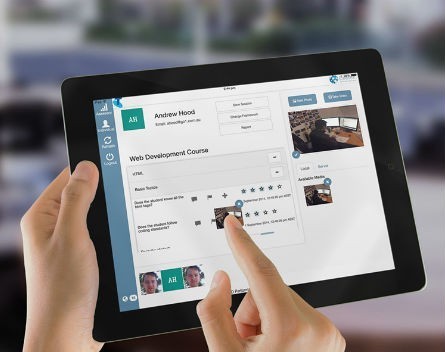 A Sunshine Coast startup is leveraging mobile technology to make it easier for supervisors to assess an employee’s workplace performance.

CeMeE, an app developed at the University of the Sunshine Coat, was initially designed to assess pre-service teachers undergoing practical training in schools. However the startup has since branched out to cover a range of industries, including public health.

The app allows supervisors to easily give feedback to employees based on a key set of performance indicators, and compare the data from that specific employee’s assessment with others.

Founder Chris Dann told StartupSmart he believes the startup will help shake-up the way organisations provide feedback and training to staff by making the entire process more accurate and efficient.

“It’s not about the app, it’s about bringing people together so they can begin to understand what it is they need to know,” he says.

“We all have gaps in our knowledge when learning something. So these conversations are allowing people to understand what it is they don’t know and how they might become a person who knows that.”

Dann says companies in Australia and overseas spend large amounts of money on training, which can go to waste if not done effectively.

“[CeMeE] is a real bonus in terms of productivity because then you can target your activity within that organisation quite accurately,” he says.

“You create that training outcome, you deliver it, and after that CeMeE kicks in because you have ongoing collaborative mentoring happening in the workplace which keeps the training relevant and alive. It’s the last little cog in the wheel.”

Dann says initially government organisations and sectors were interested in the app.

“But big corporations looking to leverage their in-house expertise… they are the ones we think will benefit most. Research says companies over 100 employees are increasingly dissatisfied with the training they are getting as staff.”