Australia’s first ever Indigenous Startup Weekend hailed as a success 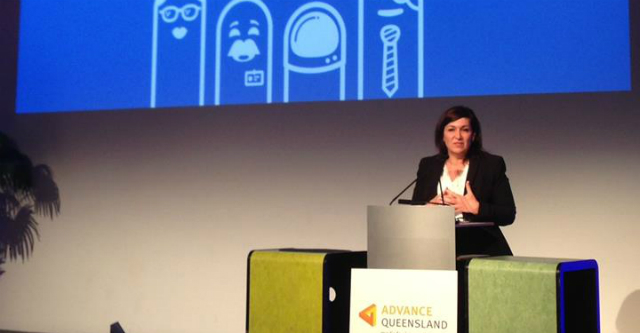 Australia’s first ever Indigenous Startup Weekend has been lauded as a success, with over 80 Indigenous Australians coming together to come up with ideas to close the gap and encourage entrepreneurship in Indigenous communities.

The event, held in Brisbane over the weekend, was opened by Queensland’s innovation minister Leeanne Enoch, who is a Quandamooka woman.

“Because of the pace of change that we’re experiencing in the economy, the ability for Aboriginal and Torres Strait Islander people to be part of the new and emerging economies is so important,” Enoch tells StartupSmart.

“We’re seeing startup events happening all across the country, readying people to be part of and to be driving this new knowledge-based economy.

“To have a specific, identified Indigenous startup weekend gives us that chance to tailor to some of those specific needs of Indigenous people but at the same time sending a strong message to Aboriginal and Torres Strait Islander people across the state that the startup sector is something for them.”

Indigenous Startup Weekend organiser Dean Foley says he is humbled by the outcome.

“The excitement and energy around innovation shown by the participants was infectious and everyone had a great experience,” Foley tells StartupSmart.

Enoch says one of the most exciting parts of the weekend was seeing people from all across Australia, both Indigenous and non-Indigenous, working together and building startups from scratch.

“The people I got to speak to on Friday night had these great ideas and then to follow the event on Twitter and see how the ideas changed and turned into something else was pretty exciting,” she says.

“My biggest hope is that the people who took part in the weekend and their ideas are successful. Not just successful individually, but also as an example for other Aboriginal and Torres Strait Islander people across the state to look to and think: ‘I can do this as well’.

Over the weekend, teams hacked into a range of ideas from solutions in health and wellbeing through to property.

Realty Checks took out the top prize for an app that seeks to address stigma associated with mental health and homelessness.

With nearly 60% of Aboriginal and Torres Strait Islander people living in rental accommodation, the Realty Checks team said it will tackle an $8.5 million market and give Indigenous people a fair go.

Other commended ideas included Artsi, a platform to help people find, enjoy and embrace modern artefacts while creating opportunities in the digital economy for Indigenous people, and Cookup Mob, a business that would drive self-sustainable ventures in Indigenous communities and challenge monopoly stores.

“The teams will continue to work on their ideas, which will hopefully develop from their startup phase into sustainable businesses,” Foley says.

“Our aim is to help build strong Indigenous communities by developing capacities for aspiring Indigenous entrepreneurs to take their current idea or the next much further than they think that they are capable of,” Foley says.

Following the success of the weekend, Foley is already planning the next two Indigenous startup events.

“We had a lot of positive feedback from Indigenous participants about how different it was compared to other workshops and how it delivered real outcomes that helped them,” he says.

Foley is collaborating with The Streets Movement Organisation to bring the Indigenous Startup Weekend to Cairns later this year, and is setting up another one in Sydney for early next year.

The events will maintain their focus of promoting Indigenous entrepreneurship in a fun and supportive environment.

“It’s important to me because I’m a Kamilaroi man who grew up in within a humble family within the Aboriginal community in Gunnedah, New South Wales,” Foley says.

“My aim is to help other Indigenous people acquire the business skills needed to run and grow businesses that will benefit my community and myself.”