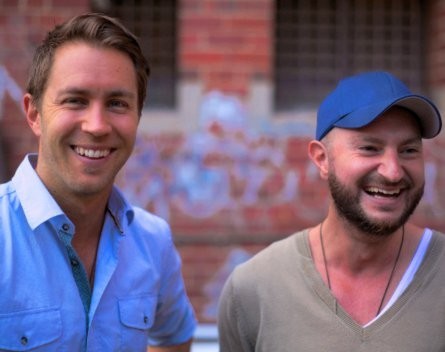 Launched in 2006, the company has grown to become the leading online form application for tenancy applications. They’ve been working with the REA Group, which owns realestate.com.au, one of Australia’s top real estate websites, for three years.

Co-founders Chris Koch and Chad Stephens told StartupSmart they had often been approached by a range of companies looking to acquire the technology over the last few years.

They only decided to sell their start-up when they began to focus on a new idea, an online identity management app called Pop!.

“We weren’t really interested in selling until we really wanted to focus on our new project. We knew that if you’re doing a million things, you won’t be doing any of them well, so we sold it to the team we thought could do the best with it,” Koch says.

“1Form.com really is our baby. We created it and watched it grow, we nursed and nurtured it, so we didn’t sell it to get rid of it, we want it to flourish. We think REA will help get it to the next level, which is important to us.”

This wasn’t Koch and Stephens’ first start-up project, but it is their first successful one. The earlier failed attempts meant they launched 1Form.com in considerable debt and under enormous pressure.

“We had to beg, borrow and steal to make it work. We got a bank loan pretending it was for furniture. We launched it from our living room, and eventually moved to the garage before it really took off,” Stephens says.

Koch says despite the pressure, the hardest parts are what they learned the most from.

“We had a couple that all failed miserably, so it’s nice to have one finally work!” Koch says, adding they learned a lot from the many things that went wrong while building 1Form.com.

“The lessons you learn along the way are the most valuable. We learned that anything is possible, and the things that seemed like the worst things that could ever happen to you can send you in the direction that turned out to the best thing.”

The founders will stay on with the product for a few months, before beginning to train the REA team to look after it with a view to stepping out in 12 months. None of the team will be moving across to REA.

“The technology is the main thing moving across. We built the tech to run itself and it’s very automated. The team will stay with us for the next project,” Koch says.

The team of 12 will continue to develop Pop!, which has already signed up almost 100,000 users.