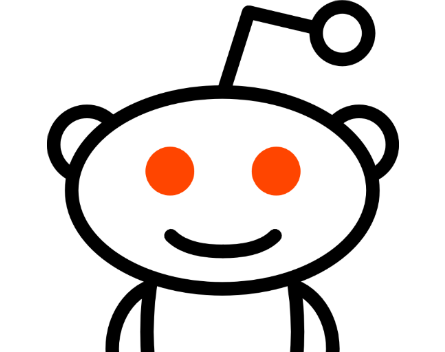 Startup founders should always shoot for the stars according to Reddit co-founder Steve Huffman.

Speaking to StartupSmart from the United States ahead of his appearance at Above All Human in Melbourne this week, Huffman says many of the mistakes he and co-founder Alexis Ohanian made during Reddit’s early years arose because they were “aiming lower than they should have been”.

“That little piece of business advice, dress for the job you want to have. I think that’s important when you start a company too,” he says.

“Think about the company you want to be, the founder you want to be. A lot of the mistakes we made were simply out of naivety. We weren’t thinking big enough.

“You’ve got to think – ok we’d like to be the largest person on the internet for X. What’s the path we need to take to get there, and what’s the first step. You should always be evaluating that position, because the path may change, monthly, weekly, or maybe even daily.”

Reddit was founded in 2005 and was one of the startups in Y Combinator’s first class of companies. In the early days Huffman and Ohanian were responsible for providing most of the content for its few hundred users. In the decade since Reddit has grown into a platform that now has 174 million users and includes a subreddit for just about every topic imaginable.

Huffman is reluctant to offer advice based on his time at Reddit, as he’s almost certain it won’t be useful to today’s startup founders. He says he and Ohanian were very fortunate that the site was easy to grow.

His experience at online travel startup Hipmunk, which he founded after leaving Reddit in 2010, only serves to confirm that feeling.

“Reddit has always grown fairly linearly. We never really had that exponential hockey stick growth that everybody talks about,” he says.

“Reddit has largely grown on its own, both from the community management point of view, and from the technology point of view. Reddit is an adventure that I try not to draw too many conclusions from.

“I’ve learnt at Hipmunk that growth is not always that easy.”

“At Hipmunk growth is a part of the business that needs a lot of attention. Huffman says it’s required a much more “block and tackle” marketing effort.

“We’re not inherently social or viral or addictive in the way Reddit is.” he says.

“It’s a completely different ball game because people only travel a couple of times a year, so we need to make sure that we are top of mind when people are thinking about buying a plane ticket.”

Huffman was just 21 when he founded Reddit, it was his first proper job. At the time he and Ohanian knew very little about running a business.

Living in Boston at the time, a city with a small startup community, the duo set about attending startup competitions, meetups and parties in an attempt to fill the gaps in their knowledge.

“I don’t know if any of those things actually worked,” Huffman says with a laugh.

What worked for Reddit was good content and an authentic voice, which Huffman and Ohanian had to provide in the early days, but eventually came from its growing base of users.

“If there’s one thing that works on the web more than anything else, it’s giving people a reason to come back,” Huffman says.

“One of the thing users appreciated about us was they were getting a real deal. There weren’t editors between them and the stories. We weren’t censoring comments or content or that sort of thing. I think that made us compare favourably to a lot of our peers at the time.”

In 2005, Reddit’s main competitor was another news aggregation startup Digg, along with the traditional media companies.

“Nobody trusted Digg for a second, and then you had major media companies which were even worse right. So we were in the right place at the right time, with the right attitude,” Huffman says.

It’s that good content that keeps Reddit growing today, almost 10 years on, even despite its flaws, which continue to frustrate Huffman.

“Every once in a while I get really pissed off with how shitty Reddit is on mobile, considering I do 100% of my browsing on my phone, god it just makes me so angry,” Huffman says with a laugh.

“That and the fact the product hasn’t changed in the five years since I’ve left, makes me really upset. We didn’t really know what we were doing (when we founded Reddit). I could probably came the people in charge don’t really know what they’re doing either.