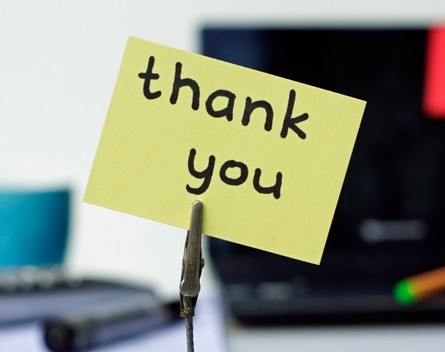 A Sydney-based startup that began as hand-written thank yous on post-it notes has been acquired by ASX-listed human resources tech startup Reffind.

WooBoard was borne out of Pollenizer co-founder Mick Liubinskas’s days working at IBM in the 90s, where he gained a reputation for giving out encouraging notes to his colleagues.

He would later reinvent this idea at the incubator in 2011 as a way to improve employee recognition.

“The aim was to make people love their jobs by making recognition a daily occurrence instead of a yearly one,” Liubinskas tells StartupSmart.

“Most people get an hour of feedback a year at a performance review, and most of it is negative or constructive.”

After brainstorming the idea at Pollenizer, the team adopted a lean startup model to test it out.

“We tested it without writing any code, so I bought some cue cards and star stickers,” he says.

After a very basic and successful MVP, a software startup emerged.

“It’s one that is quite dear to our hearts.”

The startup has now been acquired by Reffind in a strategic deal that will still see the same WooBoard team operating under Reffind’s product offering Embrace and immediately expanding to the US.

The acquisition is entirely based on Reffind scrip, with Pollenizer saying this is so the team stays involved and invested in the company.

The deal included $1.25 million of Reffind scrip issued six months after the deal, and year-out of between $900,000 and $2.9 million of shares dependent on Reffind hitting some set milestones.

Liubinskas says they never wanted to make it a monetary transaction.

“It’s definitely a strategic partnership rather than a full exit,” he says.

“Any reward we get is going to be based on both WooBoard and Reffind being successful.

“There’s still a lot of work to do on that front. The job’s not over.”

The most time-consuming part of the deal wasn’t even the money side of things, Morle says, but rather just making sure that the two teams would be a good fit.

“It’s a bit like a dating process,” he says. “You want to know the people you’re working with are going to be great to work with.”

A startup acquiring another startup is a rare sight in Australia, he says, and is something we need to be seeing more for the ecosystem to evolve.

“If we look at markets like the US, we see the momentum that’s inside the ecosystem generating so many companies,” Morle says.

“That comes from this sort of activity – companies buying other companies – and we don’t do enough of that in Australia.”