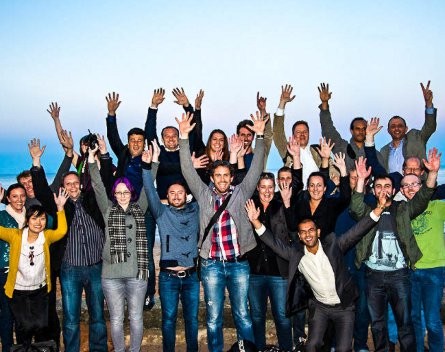 Australian restaurant booking website Dimmi has revealed how it signed a partnership with global travel website TripAdvisor, less than a month after teaming up with Google.

Dimmi, founded in 2009 by Stevan Premutico, is a real-time restaurant reservation and review website. It has partnered with more than 2500 restaurants nationwide and has served more than three million diners.

Now it has partnered with TripAdvisor, the world’s largest travel website, which helps travellers plan their trips by offering advice from other travellers.

The website, which operates in 30 countries, also has a variety of travel options and planning features, with links to booking tools.

Travellers can now gain access to real-time restaurant bookings via Dimmi on the TripAdvisor website and mobile app.

This feature has also been added to TripAdvisor’s city guides, available for Sydney and Melbourne, allowing users to access information when they’re offline.

According to Premutico, the partnership will allow travellers to discover and book more Australian restaurants.

“By partnering with TripAdvisor we can now help introduce Australian restaurants to a whole new market segment, that of the interstate and international traveller,” he said in a statement.

Mark Moran, Dimmi’s channel and partnership manager, told StartupSmart while TripAdvisor is a major player, its physical presence in Australia is limited.

“They don’t really have people on the ground in Australia,” Moran says.

“It’s quite an intensive process managing those relationships [with restaurants] and quite a costly process.

“For someone like a TripAdvisor or an Urbanspoon, which also doesn’t have people on the ground in Australia, it’s literally impossible for them to have those ongoing relationships.

“The only way they can cost-effectively do that is to partner with someone like ourselves.”

Moran says while it was TripAdvisor that approached Dimmi, signing a deal still proved a challenge.

“There can be intent to do something – a good idea – but trying to take that from being a good idea to making it work commercially and legally [was more challenging],” he says.

“Commercially, it’s usually a no-brainer. But legally there might be a lot of issues, especially in a global sense.

“Even though we inked a deal with them probably 12 months ago, it took 12 months before it became live. For a small company, that’s the challenge – having faith that it will come through.”

Moran says the key is to understand what your prospective partner’s drivers are, but stay true to your own offering.

“We had to change a number of technical things around to make it work… but it was worth it,” he says.

“They’ve obviously got a number of streams of… local information that changes constantly. It was important we try and keep moving with that.

“We need to be nimble in order to make that happen.”