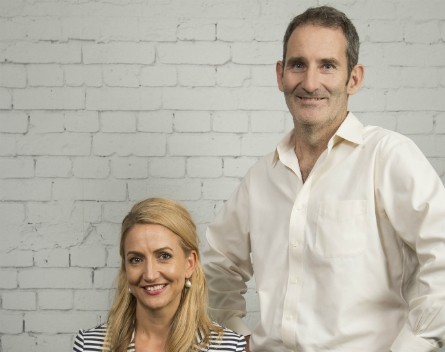 River City Labs will soon double in size to ensure it can guide startups through their entire journey, not just the early stages, general manager Peta Ellis says.

The co-working space and startup hub was launched by Steve Baxter in 2012 to fill a gaping hole in Brisbane’s startup ecosystem.

Now, nearly three years since opening its doors, River City Labs is taking its next big step, with the planned expansion to happen within six months.

As part of the plans River City Labs will be relocating to the TCB Building, also in Fortitude Valley.

With 10,500 metres of floor space in the new venue, there’s nearly twice the room for entrepreneurs and founders.

The big move is an effort to expand River City Lab’s offering to the Brisbane startup ecosystem, Ellis tells StartupSmart.

“We’d love to support startups in their journey from the very beginning with ideation right through to established companies looking to make exits,” Ellis says.

“We want to have the space and access to mentors that are at their level. Normally that end is a bit forgotten, and the startups tend to go offshore to get that type of support.”

While the space plays host to over 120 members and 40 to 50 startups, Ellis says once these companies become bigger they outgrow River City Labs. The expansion is an effort to ensure that these startups can stay in the hub for as long as possible before looking elsewhere or even overseas.

“Startups need different things at different stages, and currently we can only accommodate for early-stage companies,” she says.

“Normally when teams get to about four or five people they tend to leave the building and go to a larger space or an office of their own.

“We hope to keep them close by and offer them a bigger space. We want to have a whole area dedicated for larger teams.

River City Labs founder Steve Baxter says it’s a “natural next step” for his creation, and is still “just the beginning”.

“Everybody wanting to play a positive role in the Brisbane startup community will have the chance to participate given the scale of the site and positioning in the area,” Baxter says.

It also marks a “coming of age” in many ways for the Brisbane startup sector in general, Blue Sky Venture Capital investment director Elaine Stead says.

“River City Labs has made an unparalleled contribution to both the growth and the cohesiveness of the Brisbane digital startup ecosystem,” Stead says.

“Their expansion is proof positive of the momentum of the sector and its coming of age in Queensland and is a testament to Steve and his vision and the tireless work of his team.”

There’s been a lot of movement in the state recently to place Queensland at the forefront of the national innovation movement.

The Queensland state government recently announced the creation of a $40 million co-investment fund and has also made coding and robotics compulsory in all schools.

The expansion will help to bring together the state’s startup community in a central location, Spike Innovation director Colin Kinner says.

“The startup ecosystems in most Australian cities suffer from fragmentation and lack of scale and Brisbane is no different,” Kinner says.

“I think doubling the size of River City Labs is a great step towards addressing these limitations and is fantastic news for the local startup community.”

While the new building is very close to the coworking space’s current location, finding the right fit took a while, Ellis says.

“We’ve been looking for a while and now we’ve finally found a location that suits us,” she says.

“It has the right mix of location and what’s around it. We didn’t want to move too far from the Valley, that’s where we’ve established our roots.”

For Ellis, this move is an important key in unlocking her long-term vision.

“This is a step in the right direction to accommodate the growth we hope to see in the next three years,” she says.

“This is part of the long-term vision for River City Labs – we hope to grow with the ecosystem.”