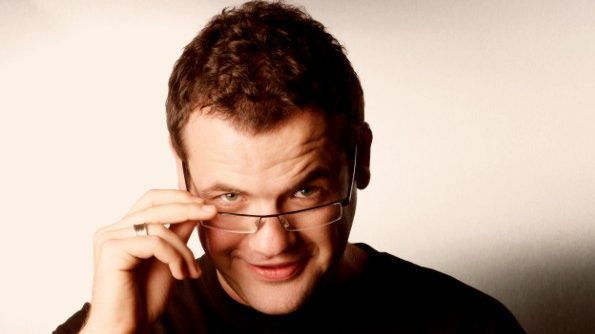 Outspoken internet entrepreneur Ruslan Kogan has lashed out at the crowdfunding industry, saying in an interview with SmartCompany the market is nothing more than a “glorified video editing competition”.

The comments come as the crowdfunding industry, which has gained a positive reputation due to the success of projects like the Pebble Watch in earning millions, is now seeing people who give money to these projects become more discerning in how much they give and to whom.

Kogan’s comments represent a growing concern about the viability of the crowdfunding industry.

“I laugh at the whole Kickstarter concept, because I know what it takes to actually run a business,” Kogan said.

“We are in the business of actually going through the huge effort of producing [a business], and here are guys getting millions of dollars for making a video.”

The crowdfunding industry has been one of the biggest success stories over the past few years, but it has earned criticism for some significant downsides.

Scorned “investors” say they have no legal recourse if a project they fund goes under, while others such as Kogan suggest all a project needs to do is develop a flashy video to describe a prototype product to earn money.

“To make one unit of something isn’t difficult,” he said, saying he could go on Kickstarter and make a video with outrageous claims – like creating a jet that could fly from Australia to Los Angeles in four hours – and still earn money.

Certainly Kickstarter has recognised the downside of its success. The company has placed more restrictions on hardware manufacturers, and has set out a number of requirements projects must fulfil before asking for money.

The Pebble Watch, one of the most successful projects of 2012, has run into trouble for delaying shipments. Kogan says he hasn’t received his own watch yet after participating in the Kickstarter program.

However, successful project managers say Kickstarter allows companies to be closer to their customers, and some say – as backers continue to choose projects more carefully – the crowdfunding scene will increasingly be a way to launch an ongoing, sustainable business.

“As to whether Kickstarter is a glorified editing project, there is some truth to that,” says Adam Saraceno, who is the local head of marketing firm Peak Design. The company ran a successful Kickstarter project in 2011 and has since created an entire business around its products.

But Saraceno says the crowdfunding market is maturing and users are behaving more like investors. They are looking for more information on who is building the product, their background, and any potential risks – the latter being a mandatory disclosure required by Kickstarter itself.

Peak Design is now shipping to 30 countries, employs eight people and has gone back to Kickstarter for a second project, Saraceno says. “It’s a small, but growing group of people who are using Kickstarter to build businesses,” he says.

“I certainly wouldn’t say it’s a matured platform, but there is plenty of growth and change with how crowdfunding works. But it’s growing up a lot and I think crowdfunding communities are recognising that.”

The difference, Kogan says, is that investors are sophisticated. Backers may not have the experience to look for specific signs of trouble when picking a project.

“Investors are sophisticated, they’ll ask questions like, show me your pricing, who is your manufacturer, show me your cashflow projections.”

“The problem with Kickstarter is that you don’t have that level of analysis when you make a product.”

Both the local and international crowdfunding scenes have been undergoing some change. Laws in the United States and Britain now allow backers to become investors in the actual company asking for money, attaching all sorts of financial laws and obligations on behalf of the company requesting money.

Local crowdfunding players want those laws introduced here. Last year, the Australian Securities and Investments Commission released a document stating it would be keeping an eye on the industry, and said giving money to a company through a crowdfunding arrangement could in some circumstances be considered a financial product.

SmartCompany contacted Kickstarter for comment but did not receive a response prior to publication.