Safe Mate surfs wave of technology to help save lives 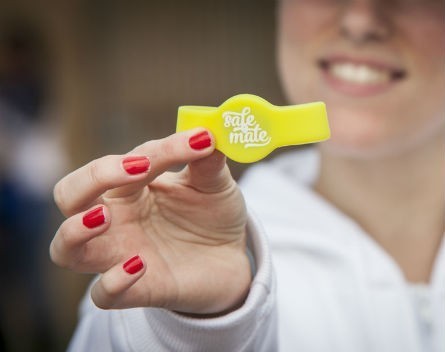 Soon thousands of surf lifesaving club nippers around the country could be diving into the water with wearable technology.

The information is accessible through the Safe Mate Public App, available on Android devices, which allows users with NFC-enabled smartphones to access the information.

Safe Mate founder Ewan Le Bourhis, an IT engineer, came up with the idea when he almost knocked himself out while surfing. He realised he didn’t have any identification with him at the time, so it would have been difficult for those trying to help him to work out who he was, and if he had any specific medical conditions that needed to be taken into account when he was being treated.

The pilot program followed a successful Pozible campaign earlier this year and saw hundreds of nippers provided with the wristbands, and the Manly Life Saving Club received the professional app, mobile device and training from the Start Mate team.

“We’re starting with Manly but the aim is to be in every lifesaving club in Australia,” Le Bourhis says.

“But it’s for anyone that’s going to the beach. Safe Mate is basically an online platform where you can put whatever you want online, and this info is linked with something physical.”

Safe Mate is not without competitors. Recently AntCorp ran a successful crowdfunding campaign for a similar wearable product.

Le Bourhis stresses the platform’s security is what makes it unique – the information isn’t public, only those who have registered with the service can access the information.

The mayor of Manly, Cr Jean Hay, helped connect the startup with the Manly Life Saving Club and welcomed technology that could make beaches safer.

“Manly has a proud heritage as one of the best and safest beaches in Australia to surf and swim,” she says.

“We’re all familiar with how technology improves our lives in countless ways.”