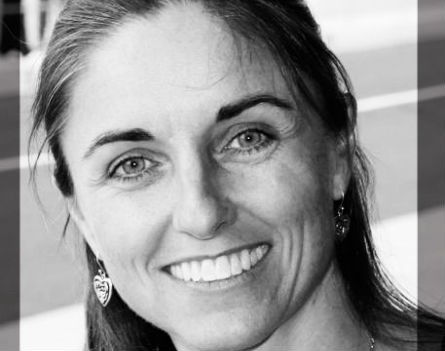 Since entering the tech startup world, Carolyn Mee has regularly encountered the sexism and inequality that often pervades the industry.

She’s the founder of cmee4 Productions, a startup that aims to harness games for health outcomes. Its flagship game, Sound Scout, tests the hearing of pre-schoolers through a fun and interactive game.

But Mee has faced problems that have arisen entirely because she’s a woman. It’s the little things, she says. At tech conferences she says she is never approached by men, despite being the founder of a startup. She also says she is rarely asked her role in the business, with many assuming she’s not even involved.

“You just scratch your head,” Mee says. “A lot of the men aren’t even aware it’s happening, and that they’re involved. It’s a big journey to change the psyche.”

“The first step everyone needs to take is to acknowledge the women in the room and the involvement,” she says.

Mee, and her company cmee4 Productions, were recently announced as one of ten women-led startups to be taking part in SBE’s Springboard Enterprises Australia accelerator program. The program is designed to identify qualified female-led startups that are growing rapidly and are looking for gross capital to continue to do so.

It seems Mee’s experiences in the tech startup world alone prove why something like this is necessary to begin the process of change.

SBE Australia chair Topaz Conway says the accelerator program is all about empowering female entrepreneurs and assisting them in building their companies.

“Women are sometimes hesitant to say ‘yes I can grow a million dollar company’, while men are more likely to just say that,” Conway says.

“Women have come out of it seeking much bigger goals than when they came in,” she says. “It’s about having the people around them who not only help with the internal business things, but having someone who they can also turn to for unconditional advice.”

The program includes a two-day “bootcamp-style” forum where the ten startups will meet with advisors from the US and Australia with the aim of profiling their investment credentials and gaining crucial connections.

The accelerator program launched in Australia in 2013, and successful startups like Switch Automation, 365 Cups and Flamingo have already taken part in it.

It’s a very exciting thing to be involved with, Mee says.

“When you’re a startup you are constantly looking for validation around your ideas and your business. Being accepted into this program helps you achieve that validation,” she says.

Mee eventually wants to be a role model of sorts for other female entrepreneurs, and to encourage other women to enter the male-dominated realm.

“It’s a challenge, I don’t want to be bogged down by it, and part of me wants to lead by example,” she says. “One of the key things about being selected for me is that my long term ambition is to be an inspiration to others and an advocate, to give back.”

Healthkit: an online health management platform for use by doctors and patients.

Starts At Sixty: the most-read media site for over-60s in Australia and New Zealand.