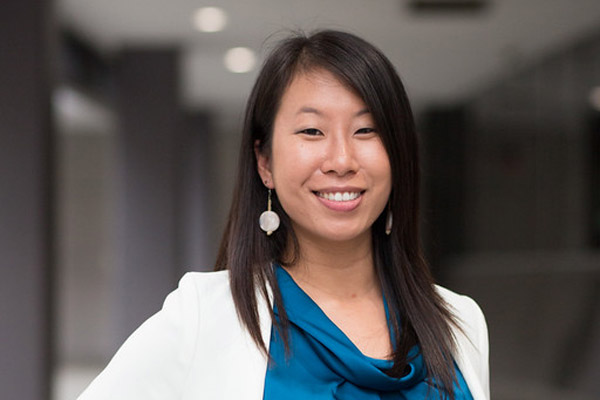 Building on last year’s Melbourne Fintech Census, this research is the first of its kind – a National, in-depth survey of fintech startups, examining fintech-specific challenges such as licensing, bank partnerships and effectiveness of fintech-specific government initiatives.

The importance of this research to fintech startups, investors and policy makers cannot be emphasised enough.

The freshly re-elected government faces a new, more diverse political landscape. The need for investment into economic development has never been greater, likewise the desire for accountability on that expenditure.

That’s why it’s so important that all fintech startups, regardless of stage or size, complete the census so we can demonstrate how valuable fintech is to the Australian economy, and why investments made into the industry are worthwhile.

Meanwhile, the global race for fintech dominance is accelerating; in February 2016 a landmark report by EY UK ranked Australia equal 5th with Germany (out of seven selected fintech markets) behind the United Kingdom, New York, California and Singapore, and only marginally ahead of Hong Kong.

Australia performed admirably well in its government policy and regulatory settings, but placed 5th for talent and capital availability, and last for consumer, business and financial institution demand.

It is in this context that the Fintech Australia Census seeks to understand what specific barriers our Australian fintech startups face as they fight to overcome these challenges.

ASIC has put real effort into creating a more collaborative and agile regulatory environment, launching initiatives such as the ASIC Innovation Hub, collaborative agreements with its equivalent bodies in the UK (Financial Conduct Authority) and Singapore (Monetary Authority of Singapore) and of course, its proposed regulatory sandbox – a controlled financial services licensing exemption for new innovative businesses developed in close consultation with the fintech industry – to be finalised by December 2016.

On the capital availability front, Australian super funds like First State Super and Hostplus have been encouraged by both sides of government to put money into local VC firms like Blackbird, H2 and Brandon Capital.

Given Australia boasts one of the biggest pension asset pools in the world (5th behind the US, UK, Canada and Japan and despite a population of just 24 million) this trend is extremely encouraging for high-growth businesses like startups.

In July 2015, NAB Ventures launched a $50m fund to invest in fintech ventures, and Westpac-backed Reinventure recently announced its second $50m fund, following on from its first in 2014. These funds join other blue chips already established in CVC such as News Ltd, Fairfax Media, Seven West Media, Telstra, Optus and AMP.

The Significant Investor Visa (SIV) and NISA’s tax incentives for early stage investors also have the potential to inject an enormous amount of new funding. Launched in 2012, the SIV program has contributed almost $7 billion of foreign capital toward qualifying investments, mostly in property funds. But since July 2015, SIV applicants are now required to invest at least 40% or $500,000 into Australian venture capital or growth private equity funds.

The effect of these recent shifts is clear: in the last year, around $1 billion in VC funds has been announced, almost triple the previous year. But it takes time for networks to form, and more hard data from research like our Census to ensure our fintech startups have support to efficiently find the right partners to fuel their growth aspirations.

Fueling the growth of our fintech aspirations

With regulatory support growing and capital availability increasing, finding experienced talent and opportunities to scale effectively still loom as areas that need drastic improvement. There are several coming initiatives that seek to tackle each – but we expect the Fintech Australia Census to yield great insights into specific areas that pose the biggest challenges.

The opportunity for Australia to be a regional fintech hub is tremendous – we have one of the world’s most digitally savvy markets, with one of the fastest and highest rates of contactless payment adoption.

New fintech concepts can be validated here quickly, certified with gold-standard regulatory checks, and scaled further to other digitally progressive markets like China where regulations are more opaque.

Our wide geographic spread and limited rural internet infrastructure also creates a useful proxy for under-developed communities in Asia – I see this as an exciting yet relatively untapped opportunity.

A significant yet still relatively unrecognised initiative from the NISA is the new Entrepreneur Visa, which provides a pathway to permanent residency for foreigners with innovative ideas and financial backing from a third party (such as an AVCAL member).

Launching in November 2016 and with more capital around, we may see an influx of seasoned fintech veterans from London or San Francisco come to Australia to test and launch their ideas.

Yet finding ways to connect these entrepreneurial imports’ ideas with our flourishing yet fragmented local talent, investor and partner ecosystem is an area we still need to improve. Support for community-led fintech Meetups, incubators and initiatives that promote connectivity and density in fintech are a great step in the right direction.

So is the creation of regional bridges – bilateral partnerships that facilitate startups scaling between markets, like the Stone & Chalk Asia program.

This is not to say that Australians aren’t talented – Atlassian, Canva, Shoes of Prey, Campaign Monitor, Envato and Kaggle are just a few examples of our highly talented entrepreneurs.

Drop into San Francisco and you’ll hear about the “Aussie Mafia”, the 20,000 Australians who migrated to Silicon Valley to develop Entrepreneurial skills with the world’s best. Or to London, where the looming shadow of Brexit now clouds the fintech industry’s short-term prospects.

And as Australia’s fintech ecosystem expands and looks outward to other markets, demand from overseas financial institutions should also increase.

In a geographically isolated country with a highly oligopolic and locally-focused bank landscape, Australia’s fintech startups have naturally focused on local market dominance by default.

Yet there are over 80 banks operating in Australia, and the global ones are certainly noticing the great talent in this market. The frequency of delegations is increasing, and the number of regional accelerator programs rising.

Competition for our hottest fintech startups that hold global aspirations will intensify once international banks find the right programs and partners to help them navigate this market.

We fully expect the findings from the Fintech Australia Census to be a further catalyst and referral point for them in doing so, and we can’t wait to share it with everyone come October.