Party fail: Bouncing back after the music dies 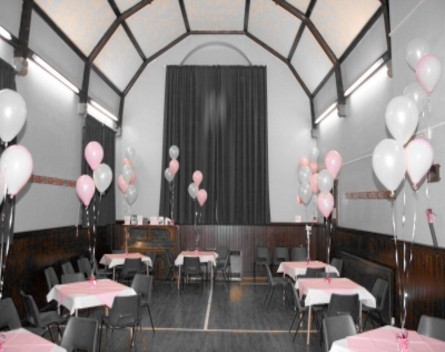 What happens if you throw a dance party and barely half the people you’d hoped would come show up?

For Sebastien Eckersley-Maslin, it cost him his business and left him with $100,000 in debts.

Eckersley-Maslin, who has since forged a successful entrepreneurial career and runs accelerator and incubator Blue Chilli in Sydney, can laugh about the experience now but says at the time he was “completely gutted.”

The disastrous, life-changing dance party happened in 2003 in Eckersley-Maslin’s home town of Hobart.

Then aged 21, he’d been organising and running successful events for several years after setting up his own business, Sebtract, when he was just 18-years-old.

It was a rock star lifestyle, mixing with international DJs, VIP access to dance parties and, at one stage, chartering his own aircraft to fly performers between Sydney and Canberra for a music festival.

“I love that scene. Love the feeling of standing backstage when you’ve got 2000-3000 people pumping to music,” Eckersley-Maslin says.

Following a successful dance party he’d organised in Canberra where the “vibe was electric”, Eckersley-Maslin says he decided to replicate the event in an old warehouse in Hobart that used to be the best place to run dance parties in the city.

International acts Lucien Foort and BT, two of Eckersely-Maslin’s musical heroes from the dance world, were booked, along with Australian DJs.

But he freely acknowledges now he misread the Hobart market.

“We needed larger numbers than the community could support,” he says.

They also failed in their marketing.

Because they were based in Canberra, they outsourced marketing of the event to people in Hobart, who didn’t have the same motivation or passion to promote the event.

What made the failure especially galling was that he and his fellow organisers had overcome a range of hurdles to hold the event, such as the local council demanding an engineering certificate for their stage at 4.30pm on the day of the event.

Luckily, Eckersley-Maslin was able to tap family connections to obtain a certificate quickly.

But it wasn’t enough to save the party.

“Big events like that survive on the vibe,” Eckersley-Maslin says. “We had a lot of people there looking at an empty room.”

They did their best to save the event by shutting down some stages, cancelled some acts, made the room smaller and sent staff to other venues around Hobart at closing time offering free tickets to come.

“The music still pumped, the DJs did a rocking act,” Eckersley-Maslin says, but “I didn’t have a good night. I had a terrible night.”

After the dance party, Eckersley-Maslin says “everyone” realised they had lost a lot of money.

“That killed the business,” he says. He left the industry, never to return.

Eckersley-Maslin says he lived a “pretty basic life” in the aftermath, serving in the Royal Australian Navy as a weapons engineer, and steadily paying back his debts.

He went on to start 199QUERY, an online question answering SMS company, which he sold to a competitor in 2008, left the navy in 2010 and started Blue Chilli the same year.

Eckersley-Maslin says one of the things the failure of the Hobart dance party taught him was to be humble.

“We were arrogant about our (earlier) success,” he says. It also taught him not to fear failure.

And not to name a business after yourself.

“If you name a business after yourself and it doesn’t succeed, it’s hard to differentiate yourself from it,” he says.