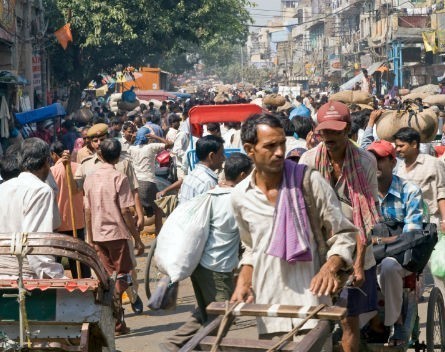 Indian jobs marketplace Babajob.com has secured $US10 million ($AU12.5 million) in funding from SEEK in order to grow its team and further develop its mobile apps.

Babajob.com was founded in 2007 and specialises in promoting entry-level and informal positions for drivers, cooks, security guards and other blue-collar workers.

The investment from SEEK follows an undisclosed Series A round led by GrayGhost Ventures in 2012.

SEEK – which was founded in 1997 by Matthew Rockman and brothers Paul and Andrew Bassat – is currently available to around 2.6 billion people across Australia, New Zealand, South East Asia, China, Mexico, Bangladesh and Africa.

SEEK’s international corporate development director, Ronnie Fink, told StartupSmart the investment is part of the company’s broader strategy to capitalise on “increasing internet penetration, urbanisation and the growing use of online employment services”.

“With the additional funding Babajob will look to further develop its capabilities from a technology point of view as well as its brand,” he said.

“As our first investment in the Indian market, we’re thrilled to be able to support the strong local management team. They have a great understanding of the opportunities within the aspiring labour market in India and we believe over the long-term this will offer significant value back to the SEEK Group.”

Founder and chief executive of Babajob.com, Sean Blagsvedt, said in a statement the capital injection will help both companies with their goal of connecting people in emerging markets with employment.

“We are excited to find a strong partner in SEEK, who shares our vision of using technology to connect everyone on the planet to better jobs, especially those in emerging markets,” he said.

“We are honoured to be their first investment in India and look forward to bringing access to better jobs to every Indian and to helping every employer reliably hire aspiring workers.”

India is one of the biggest and fastest-growing markets in the world.

Earlier this year Twitter confirmed it had acquired Indian marketing startup ZipDial in order to reach users who do not have access to the internet.