Seek’s scariest period and pushing through the fear: Start-ups are Scary series 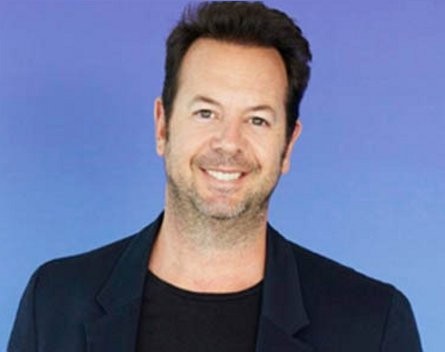 Before Seek was a household name, the go-to platform for job seeking and one of Australia’s biggest start-up success stories, it was a couple of guys around a table scheming about how to make it happen.

Co-founder Matt Rockman told StartupSmart there were some tough moments he didn’t think it was going to work, but the scariest period was in the first few years as they clambered their way towards profitability.

“The scariest bit for every start-up is that couple of weeks, months or years of wondering if the revenues come. I definitely had days where I thought maybe we wouldn’t get there,” Rockman says. “You spend a long period of time biting your nails waiting for the market to pay you for the value of your service, and that was years not months.”

As a marketplace model business, the Seek team had focused on building up users and customers on both sides of the offering. But leveraging their user base into viable revenue streams was proving to be challenging.

Rockman says they were focusing on converting free trial ads from recruiters and corporates into paid ones to create the habit and the relationship between their two user groups.

“We were a total afterthought for our first clients, a completely marginal business. They had such a long habit and strong relationship with newspaper advertising. They didn’t get us, weren’t sure it was going to work. You’d go knocking on doors saying ‘Hi I’m Matt Rockman from Seek’ and they’d say ‘yeah cool, what’s a Seek?’.”

He adds it was especially stressful as locking in consistent revenue streams is how founders know they have a business, and they were grappling with huge competitors.

“Our biggest risk was taking on News Limited and Fairfax. They could’ve and should’ve squashed us. But you can’t really be in two places at once, and they were still print rather than digital,” Rockman says. “And credit where credit is due, we were obsessed.”

According to Rockman, keeping your paranoia about competitors in check is a skill founders need to learn fast and never forget. He adds Seek now is probably as paranoid about LinkedIn and Google as the original team was about the major news media groups who used to dominate classifieds.

The other fundamental skill start-ups need to make it through the early terrifying days is the ability to maintain their confidence, tempered with a strong sense of reality.

While the newspaper groups’ monopoly on classifieds was one of the early casualties of the internet, Rockman says there are still plenty of industries ready for a shake up by tech-enabled start-ups who are up for the hard work.

“This internet thing was a very powerful disrupting force then, as it is in many other market segments today,” Rockman says. “Was making Seek work a smooth-sailing, risk free, easy ride? No way. Were the tough parts worth it? Absolutely.”

This is the fifth instalment in our week-long Start-ups are Scary series, which included the toughest and most terrifying moments of younger, successful companies 99designs, Canva, Thank You Water and Vinomofo.

We will be continuing the Start-ups are Scary stories as a weekly series. If your start-up has survived a difficult period, please get in touch so we can celebrate and share your story with the wider start-up community: rpowell at startupsmart dot com dot au