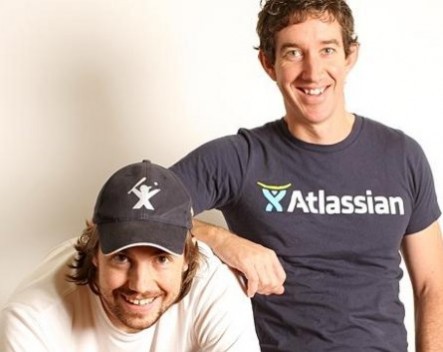 A growing number of businesses are opting to list on the Australian Securities Exchange through the “backdoor” in a trend Atlassian co-founder Mike Cannon-Brookes describes as “shady”.

A backdoor listing involves the acquisition of a private company by a defunct listed shell company in exchange for shares in that company.

The private company then becomes the new owner of the shell company, which it uses to list their business.

The use of backdoor listings by Australian businesses seeking to float quickly is growing, according to figures obtained from the ASX by SmartCompany.

In 2014 there were 30 backdoor listings and 109 standard listings on the ASX for the year.

2015 is on track to surpass these figures with nine backdoor listings already in the first three months of the year.

It’s a growing trend that Cannon-Brookes says is of concern as he works towards Atlassian’s listing in the United States.

“I worry about the number of backdoor listings going on and it seems like a shady way to get to the market,” he says.

“The quality of the market seems suspect.”

Cannon-Brookes’ comments follow a warning from the Australian Securities and Investment Commission last year over the growing number of backdoor listings.

ASIC Commissioner John Price said the trend highlighted a number of regulatory issues, including some companies not fulfilling their legal obligations to provide audited financial reports.

ASIC also expressed concerns about the failure of some companies to adequately disclose their business models or business plans, especially when it comes to whether or not the business will need to raise additional capital and how this might affect shareholders.

“The problem with backdoor listings is that unless you have the revenue that warrants that kind of exposure and presence then it may not be in your best interests as a company,” he says.

“Backdoor listings are neither good nor bad, it is just a vehicle, but there are a number of dangers associated with it which people are ignoring in the excitement of getting on the stock exchange.”

“You sneeze and you have to report it,” he says.

“When you run a private company you can sneeze all you want and nobody knows. It’s a different level again.”

In defence of backdoor listing

Boon Plener concedes there are advantages to backdoor listings for businesses.

“If you are ready for it, you have the revenue to support it, it’s certainly cheaper than a full-scale listing,” he says.

Matthew Gibbs, spokesperson for the ASX, told SmartCompany choosing a backdoor route is a commercial decision based on the circumstances of each business.

“We looked at front door versus backdoor but it gave us some assurance the transaction would complete,” Telford said.