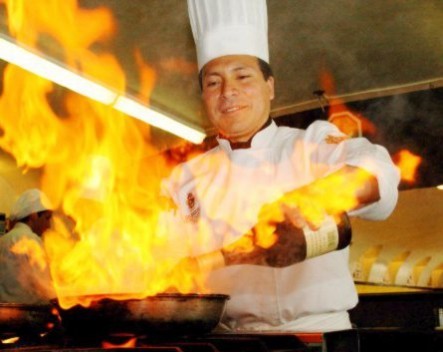 UK-based takeaway food delivery platform Just Eat will buy out local rival Menulog for $855 million cash, if a proposed deal is given the green light by the Foreign Investment Review Board.

The price tag of the sale, which was rumoured last week and confirmed by the UK delivery giant on Friday, has surprised the industry and led some commentators to suggest Australian restaurateurs will be the ones who miss out from the deal.

But the takeover will be particularly sweet for Menulog founder Leon Kamenev who stands to pocket $470 million from his 55% stake in the business he co-founded with Dan Katz in 2006, according to Fairfax.

Menulog’s other shareholders, including Catch Group’s Gabby and Hezi Leibovich, and EatNow founder Matt Dyer – who merged his startup with Menulog in February – also stand to make a significant windfall from the deal.

The transaction will be funded through an equity raising and will make Just Eat the largest takeaway delivery platform in Australia and New Zealand.

“The acquisition of Menulog, a business with strong leadership in an attractive and fast-growing market, is fully consistent with this approach and will be an important addition to the Just Eat business,” said David Buttress, chief executive officer of Just Eat, in a statement.

Dan Katz, chief executive officer of Menulog, said in the joint statement the UK platform was “a real inspiration” for Menulog’s Australian success.

The Menulog group has 5500 unique restaurants and 1.4 million active customers.

Given those figures, James Eling, managing director of Marketing4Restaurants – a platform that creates databases for restaurants to help them retain customers – says Just Eat’s valuation of Menulog works out to be $150,000 per restaurant.

“It’s one of the highest per restaurant valuations we have seen in an acquisition in this sector,” Eling told SmartCompany.

But given stiff competition from a renewed market push by German-based delivery intermediary Delivery Hero and the recent entry of US-based Zomato in the Australia market, which is rumoured to be working on a delivery platform, Eling questions the amount Just Eat is willing to splash out for Menulog.

“Looking at the number of restaurants in Australia, I can’t see how they’ll make those numbers work, unless they beat off Zomato and Delivery Hero and then start putting up margins,” he says.

Eling says customers typically don’t have a brand loyalty to any one of these platforms and restaurants generally like to work with all three.

Eling, who says Marketing4Restaurants is planning to launch a free widget for businesses to allow them to log orders through their own website, says the 10% margins currently taken by these intermediary platforms are already squeezing small business with profit margins as low as 2.5%.

And he says if Just Eat’s motivation is to create a “digital monopoly”, it will further crush the already low margins of Australian mum and dad restaurants.

“We’ve seen this with car sales and real estate – these platforms attract businesses because of they are seen a cheaper method, but then everyone flocks to them and they create a digital monopoly,” says Eling.

“What’s a restaurant going to look like when they have to pay 15 or 20%? We just don’t have that many takeaways in Australia [to justify this deal].”