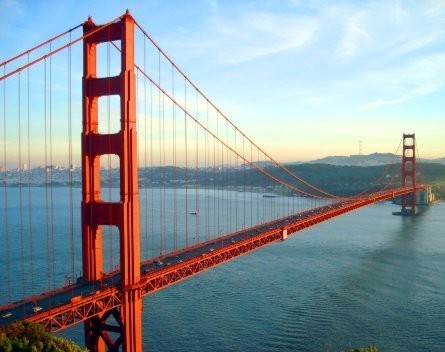 Despite having two of his startups acquired by some of the largest tech companies in the world, Aussie entrepreneur Nick Crocker says seeking an exit was “never a consideration”.

Crocker co-founded Sessions, which was acquired by MyFitnessPal in 2014, as well as WeAreHunted, which was bought by Twitter two years earlier.

In an AMA run by Blackbird Ventures on Thursday, Crocker offered some simple advice on how to sell to these big players.

“Build a really awesome company that is so good you would never want to sell it,” he said.

“I see so many early-stage decks with the ‘exit strategy’ slide, but I don’t think that’s the right mindset.

“In most cases when your company is crushing it you don’t want to be acquired.”

Now the product lead at MyFitnessPal in San Francisco, Crocker also dished out many other useful pieces of wisdom during the online interview.

1. The biggest misconception about startups

2. Why he chose entrepreneurship

“I am an accidental entrepreneur. I am not the lemonade stand or selling lollies in the playground archetype. What makes entrepreneurship a fit for me though is that it’s the thing that has the steepest learning curve. If you join a law firm, the floor and the ceiling are set. As an entrepreneur there is no ceiling. You set your own ceiling. And that enables incredible opportunities to learn.”

3. What to look for when joining a team

“You want to be somewhere that allows you to wake up every morning and not question your existence. I just think there’s enough garbage in the world to want to spend your life trying to get people to eat more pizza or bet more or spend their money on virtual dog collars.”

4. The ups and downs of living in San Francisco

“The best is that you will feel really small and insignificant as soon as you arrive and realise that no-one really cares about you. That’s freeing in a way. As soon as you’re there, your startup is now in comparison with Apple, Google and Facebook. Those companies are possible. Atlassian is possible and those companies are started by people like you.

“San Francisco gives you this incredibly freeing sense of everything is possible and I’m invisible so it doesn’t matter if I fail. What’s hard is that you’re competing for talent with all those giants so you better have something good going on.”

5. How to deal with co-foudner conflicts

“Co-founders can come from anywhere. Co-founder splits are the reason most early-stage companies die I think.

“I think I’ve had extremely robust conflict with [both co-founders]. The presence of conflict isn’t the issue, it’s the inability to resolve it that really kills progress. For that, the general advice is communicate, communicate, communicate. You can’t solve what’s not in the sunshine. The specific advice is that it’s always complex at a personal level, so be patient and gentle where possible.”

“When you start you have so few users that testing can only give you directional feedback. Ultimately it’s up to your instincts. When you have millions of users then you can know much more solidly whether what you’re doing is working or not. All the best founders over time develop an instinct for what’s right so they’ll always have a macro view to counter any specific A/B test results.”

7. How to know when you’ve got product-market fit

“You can always feel when product/market fit isn’t happening. The customers aren’t quite getting value out of the product, word of mouth isn’t spreading, usage isn’t growing that fast, press reviews are kind of ‘blah’, the sales cycle takes too long and lots of deals never close.

“And you can always feel product/market fit when it’s happening. The customers are buying the product just as fast as you can make it, or usage is growing just as fast as you can add more servers. Money from customers is piling up in your company checking account. You’re hiring sales and customer support staff as fast as you can. Reporters are calling because they’ve heard about your hot new thing and they want to talk to you about it. You start getting entrepreneur of the year awards from Harvard Business School. Investment bankers are staking out your house. You could eat free for a year at Buck’s.”

8. Why there’s never been a better time to be an Australian founder

“I think it’s the best time ever to be starting a startup in Australia. I have no doubt Australian founders can be world class, we’re proving that every day. It’s just a matter of time I think before we follow the lead of the US and have multiple technology companies amongst the most valuable Australian companies.”

“The challenge for Australian startups I think is finding and retaining world-class talent and the more we can convince our best minds to join startups the more I think that will happen. Whether the government can move fast enough or efficiently enough to drive major change is a separate question.”

9. How to find a startup mentor

“You shouldn’t expect it to work straight away, and it shouldn’t be your full-time focus. If you patiently build and pursue relationships with the best kind of people, and stay open to meeting people generations and stages more experienced than you are, then mentors will naturally appear.”