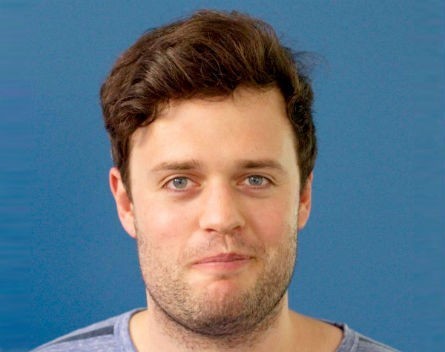 For artists, especially those from rural and regional areas, getting paintings in a gallery for display has always been a challenge. Now an online platform, called Blue Thumb, is taking some of the headaches out of making a living as an artist.

Blue Thumb director George Hartley told Private Media the marketplace aims to replicate the self-publishing trend found in other creative fields, such as music or publishing, in the art industry.

“Galleries are limited. They can only take that 1% of artists that can get their work into a gallery. There’s so much art out there and so many good emerging artists that haven’t been recognised yet by a gallery or just want to do it on their own,” Hartley says.

“Right now, there’s a big shift happening in visual art and it’s a few years behind what’s happened in other creative industries. So book publishing has already got this ‘self-publishing’ movement going and music has had it for a long time with platforms like SoundCloud. It seems like visual art has been a couple of years behind them.

Hartley says Blue Thumb was originally started by a small gallery in Queensland in late 2011 as an extension of its existing offering.

“The idea was good but their execution wasn’t quite right. They didn’t really have much success, so they put it up for sale so we bought it at the start of 2012. We completely rebuilt it so that it was much more user-friendly and immediately it started to grow. And that growth actually came from the artists,” he says.

“When we took it on and rebuilt it, we had 50 artists. Quite quickly, we grew to a couple of hundred artists because artists were using it and selling work, and then telling other artists in the community. It’s grown organically since then to a thousand artists.

“And that was featured by Apple as one of the noteworthy apps in the app store, which was amazing for us, because it immediately got 7000 users almost overnight. People started using Blue Thumb more and buying through the app and that really kicked things off for us.

“Straight away, we started designing and developing the Android app from that point on, and we released that about six months later. I’m really proud of the Android app because it is one of the best art apps you can get on the whole Google Play store. That said, right now we’re working on doing a little bit of a rebuild on both because you just need to constantly improve the offering.

“Especially with the iOS app, we didn’t know how it would be received. So we started with a really basic premise of ‘let’s get a really nice feed of new art and searchable art’. What we did have, I think, was enough to get people to start using it. So it was a bit of an MVP – especially my version, which was a bit below an MVP,” he says with a chuckle.

Since then, without external funding, Hartley says Blue Thumb has 1.2 million unique visitors, with over 1000 artists exhibiting. More than $2.6 million of art is currently listed, over $180,000 worth of art has been sold, and our artists’ art sales are growing at over 10% each month.

“It’s completely bootstrapped. So the three of us who own and run it put in money and paid for it, and then since then any of the earnings that we can get we’ve invested back into the business to grow it. We haven’t really looked at equity investment or anything like that so far but it’s something we have talked more about recently – the potential for equity to help us scale to the next level,” he says.

Looking to the future, Hartley says he has grand plans. Blue Thumb is in the process of redesigning its site and adding features to its apps, with plans to launch overseas later in the year.

“[Our new design is] a cleaner nicer look, because people who are interested in art also have an interest in nice aesthetic things as well. So you really need something that looks awesome.

“We would love to take on sculpture, and I’d love to take on digital photography, but there are other challenges around that as well. So the long-term plan is to expand to those categories.”