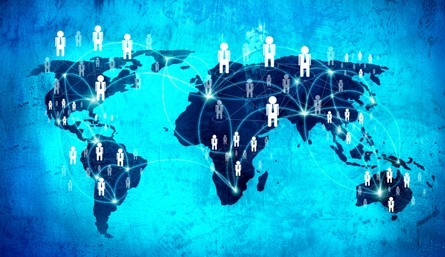 Introductions that go badly are a great way to burn the friendships I have with hard-working, brilliant people who don’t get any closer to building a billion dollar company by meeting you for a coffee. So if I don’t already know you well, even if you’re awesome, I’m not interested in helping you meet people in San Francisco and Silicon Valley.

The best way to get to know me well is to be a startup founder in the BlueChilli accelerator program. And the best way to be in the program is to apply and be accepted.

But this advice also holds true for asking anybody else in the Australian tech community for an introduction to someone in the US.

Brokering a meeting has a lot to do with being specific. Starting an email exchange back and forth is very likely to distract and annoy the person you’d like to meet, and by extension, me. So I’m not going to hit up a friend for you until you tell me exactly what you need.

2. Tell me when you’re actually there and where you’ll actually be

When I say “when” I don’t mean telling me “a few weeks in August”. Tell me which dates you are available to meet people. Where you’ll be is also important – San Francisco and Silicon Valley are not the same place. So tell me where you’re planning to stay most of your visit.

Unlike Australia, where most of us have to work across multiple areas of a startup, people working in US startups are typically in relatively narrow job roles.

You can sometimes get a broader view from a CEO or VP but they are also harder to get time with and may be mostly focused on hiring and raising capital — it may have been a relatively long time since they’ve had direct involvement in sales, product or engineering.

4. Define the purpose of the meeting

As a general principle, people are more likely to say yes to meet you if you can be specific about what you’d like to learn about.

Very few people are interested in meeting a friend of mine for a coffee without a specific purpose, because everybody’s focused on smashing, killing, nailing or grievously harming ‘it’ in some other manner, lest their competitors take advantage of that idle coffee time with you to damage it even more significantly.

It will help if you can come up with some specific questions, or areas that you feel you know the least about to focus on. Then I can see if I can introduce you to a product, sales or distribution, operations person who can help you with those specific questions.

5. Know who you want to meet with

In Australia I am a medium-sized frog in a small pond – I’m kind of a medium thing.

In San Francisco I am kind of a tiny thing; a microscopic speck of frog spawn in the kind of massive inland sea not seen since the Triassic period and populated by enormous Basilosauruses, Liopleurodons and Mosasaurs.

I know some people, but it’s more likely I don’t know the people you need to meet. But all is not lost: I’ll kick my little froggy legs as hard as I can.

If you don’t know who you need to speak to, I can’t help you. Fortunately, you have the internet to help you.

If you don’t know which of the companies you need to meet are based in the Bay Area, ask on Quora. Search for the relevant job role in those companies matching the questions you have.

7. Choose the right time of year to be there

The California business calendar is different to the Australian calendar.

Although many employees only get a week or two of paid vacation per year, some of them make up for it by not working very hard or not being very available for meetings during particular times of year. A lot of this aligns with school vacation times if the person you want to meet is old enough to have a family.

If you’ve ever seen American movies you’ll know it’s generally considered compulsory to take a short vacation to see your hilarious in-laws and accidentally kill their beloved cat at Thanksgiving, which falls in the last week of November.

Nobody will meet you around Thanksgiving week and everybody will be stressed about the cat.

Alan Jones is BlueChilli’s growth hacker. This piece was originally published on the BlueChilli blog.