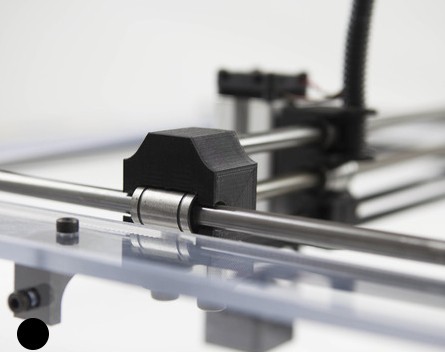 With a goal of raising $45,000, and having reached $300,000 with 16 days to go, Darkly Lab’s LazerBlade looks to be Australia’s next runaway Kickstarter success.

LazerBlade makers bill it as ‘the affordable entry-level laser cutter/engraver for the maker, artist and hobbyist.” Its design and capabilities certainly look impressive, with the ability to work on most materials aside from glass, aluminium and steel.

Darkly Lab founder and head developer Domenic Di Giorgio says the team was blown away by the response to their campaign.

“We loved it and so many people we showed it to loved it as well, telling us about all the ways they could use it that we had never thought of ourselves,” Di Giorgio says. “But we never expected the response we got, it’s been mindblowing.”

Darkly Labs was conceived a few years ago by Di Giorgio and some of his colleagues at Creature Technology Company, where Di Giorgio still heads up digital design.

The aim was to use their shared passion for experimentation to try and develop products that they needed. They’ve prototyped a few ideas, but the LazerBlade is the first they’ve made public.

The idea has taken about a year to get to its current state and has been personally funded so far.

“We developed it as far as we could and then went to Kickstarter as we needed the funds to finish it off and do a production run,” Di Giorgio says.

Di Giorgio says that they had heavily reduced the cost of their product for the campaign in recognition of the fact that people supporting them were taking a risk – much as they do with any other Kickstarter – but that also meant they weren’t making any margin off LazerBlade’s sold through the campaign.

“The truth is I enjoy the process of designing new products more than I do using the product for the intention it was designed for,” Di Giorgio says.

The LazerBlade also comes with free software. A video of it in action can be seen below:

From the Kickstarter campaign, LazerBlade key features, include: