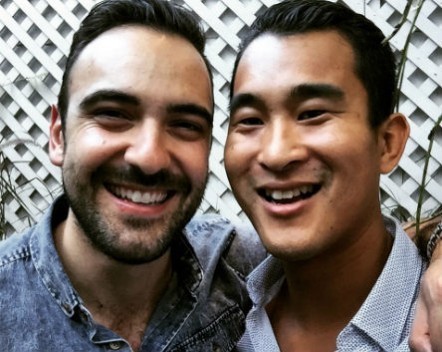 The hunt for seed funding might feel like a distraction at the time, but it’s a period of reflection that can be valuable in more than just financial terms, according to Shippit co-founder Rob Hango-Zada.

The Sydney-based startup is trying to make missing parcels a thing of the past and has just closed a $500,000 seed investment round.

“Securing an investment can feel like a distraction, but it’s a worthy one that makes you look into the viability of your business model and helps you refine it,” Hango-Zada says.

“Patience is really important, and you can’t lose focus.”

Shippit works mainly with retailers who ship packages to customers, and will use the cash injection to build its team and deal with the increasing demand for its services.

The round was led by Les Szekely of Equity Venture Partners, and Hango-Zada says it’s a good fit.

“We looked at his investment portfolio, with the likes of SiteMinder, OneFlare and HotelClub,” Hango-Zada says.

“They’re all marketplace-type businesses so we saw a lot of synergy between those businesses and what we’re looking to achieve.”

Working on a seamless service

The Shippit team is still looking to improve the product and user experience, before turning attention towards expanding rapidly.

“We’re focused on building a fantastic product rather than aggressively going to market,” Hango-Zada says.

Shippit’s cloud-based software allows clients a point-and-click approach to sending goods, and gives the ability to book, track and manage a shipment. It’s targeted at the retail market, and currently available in Sydney, Melbourne and Brisbane.

While Hango-Zada won’t disclose what valuation was placed on the investment, he says they do have one of Australia’s “iconic” electrical goods and consumer electronics retailers on board.

The startup has been growing continually this year, he says, with clients now including the Academy Brand, Urban Couture and Seletti.

“It’s been a bit of a multiplier effect, each week there is consistent growth,” he says.

“We’ve gone from a business focused on the Sydney metro area doing a hundred deliveries a week to doing thousands of deliveries a month.”

The delivery market in Australia is really starting to heat up this year, with numerous startups looking to disrupt the sector and take down Australia Post.

Hango-Zada says Shippit stands out because of its emphasis on retail and seamlessness in its service. He adds that this increased competition should be seen as a positive for the startups immersed in it.

“When we started the business in April last year there wasn’t a lot of innovation in the space locally. Now we’re seeing a lot of players out there improving the delivery experience, and we think that’s great.”