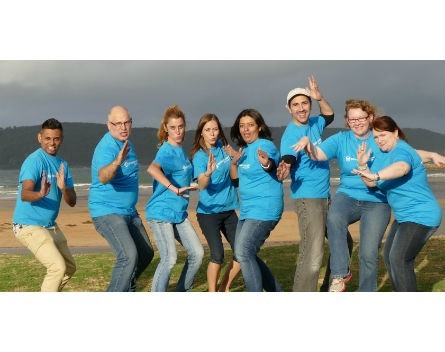 For Shoeboxed founder Simon Foster, convincing investors of the worth of his document processing startup was very easy – most of them were already customers.

The startup has closed a $775,000 angel investment round at a valuation around $5 million after it split with its US parent company in June, and nearly all the investors were already using the service.

Investors in the round include Andrew Bird and Jono Herrman, Steph Hinds from GrowthWise, BlueChilli Venture Fund and Smorgon Capital.

Many of the leads came soon after the startup separated from the US, Foster says, and the investment is specifically in the new Australia-based platform.

“Most of the investors were already existing customers of the startup, and that was terrific validation and support,” Foster tells StartupSmart.

This also helped the Sydney-based startup reach the $5 million valuation, he says.

“There was very little push-back on the valuation,” Foster says.

“We raised money in 2012 from friends and family and it was more of an issue then.

“Today we’re able to point to other businesses at similar stages, and that we’re profitable now.

BlueChilli founder and CEO Sebastien Eckersley-Maslin says being a Shoeboxed customer helped him to understand the importance and potential of its technology.

“As a Shoeboxed Australia customer, their technology is an essential tool in making my work as efficient and productive as possible,” Eckersley-Maslin says.

“Shoeboxed Australia exists to solve a glaring, costly problem for Australian entrepreneurs and their employees: converting all the crud in your wallet or purse into the expense records, contact information and proofs-of-purchase you need to have stored in the cloud and imported to your accounts.”

Shoeboxed is the first ever post-launch startup to net a place in BlueChilli’s startup accelerator program, he says.

“They’ve performed tremendously well in that program, we’ve seen the benefits of the implementation of some of the collaboration already and we’re pleased to be able to invest in their next phase of growth,” Eckersley-Maslin says.

The startup allows users to scan and organise receipts, invoices, business cards and documents securely online and recently partnered with Telstra to appear on the Apps Marketplace.

The recent angel investment round will be used for marketing and product development across next year, Foster says, while the startup is also in some “interesting conversations” for mass distribution.