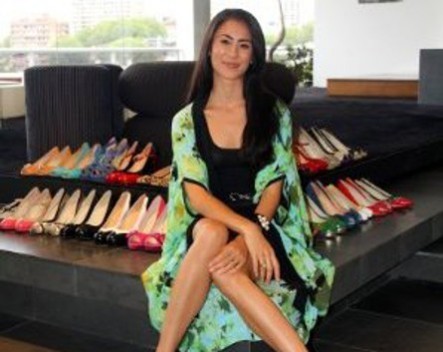 Online retailer Shoes of Prey has inked a deal with United States department store Nordstrom to open six retail outlets in its stores.

Shoes of Prey revealed today it will open six concessions in Nordstrom stores in Seattle, Washington, California, New Jersey, Illinois and New York with the first store opening on November 17.

“It was through an introduction from a friend, it was all through networks that we managed to start the conversation,” she says.

“It is always the best way to kick things off.”

Fox says the US market currently makes up 14% of Shoes of Prey’s turnover but she expects this deal will lead to the US market contributing 50% of revenue.

“This is such an important and exciting deal for Shoes of Prey, it makes designing your own shoes truly a mainstream option,” she says.

“The US market is absolutely enormous just by sheer number of people.”

Fox says the Shoes of Prey founders will be “doing a lot of commuting” and have already opened an office in New York.

She says the deal involves much more than just setting up stores, with Shoes of Prey opening up its own production facility in China and planning a second factory.

Fox says there are cultural differences to deal with in doing business in the US.

“We might speak the same language and watch the same TV shows, but we are so different,” she says.

“Our first hire has been a full-time PR person in-house and that has helped us understand those cultural translations. It’s a different environment in the way that you speak to press, it is quite transactional.”

“David Jones was just such an exciting success story for us,” Fox say.

“It acquired customers really well and did double the amount of revenue it was supposed to do.”

The David Jones concession contributed 10% of Shoes of Prey’s turnover last year. Fox is unwilling to specify turnover figures but it has been previously reported in the multi-million dollars.

Fox and her co-founders, Michael Fox and Mike Knapp, are in the process of raising more funding to bankroll their overseas push.

Fox says she is not sure whether the next move will be to sell the business or to undertake an initial public offering.

“We have a dream for what Shoes of Prey can be. Shoes of Prey is about much more than shoes, it is about getting what you want when you want,” she says.

“It has possibilities for far more products.”