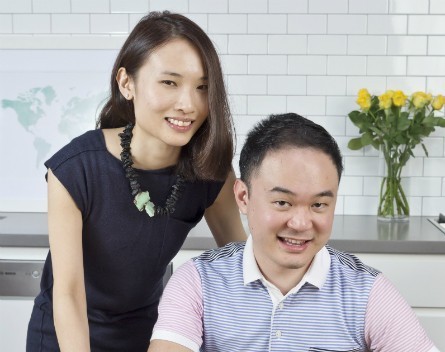 Australian investors need to be more open to startups that look globally from the outset rather than focusing on those that test the waters locally first, ShopandBox founder Xin-lung Tai says.

The online personal shopping platform has just closed a $1 million seed round led by VC fund 500 Startups and a group of angel investors from CMY Ventures and Waic Investments.

But Tai says they first looked within Australia and found investors that were unwilling to back an idea that was looking internationally in the early days rather than just eyeing Australia.

“A lot of the more conservative local Australian VCs and funds didn’t like the fact that we went global so quickly from day one as opposed to cornering a market first then growing it regionally, and then nationally,” Tai tells StartupSmart.

“That made us look around and try to find someone that really understood the global game we’re trying to play from day one.”

That’s when the leading global VC fund entered the picture.

“When we spoke with 500 Startups they got it immediately,” he says.

“They said we were like a mirror image of how they run their operations.”

After two meetings and a five-hour Skype conversation, the investment was closed.

ShopandBox is a personalised peer-to-peer shopping service that allows users to shop “like a local for anything they want”, avoiding large price discrepancies and accessing products that may be unavailable in their own country.

The startup launched in Melbourne 2013 and has now seen 95,000 items ordered through the platform from 146 countries, and boasts a pool of 70 personal shoppers in 20 countries.

The large cash injection will be used to grow the startup in its popular markets – mainly Australia and south-east Asia – and look to accelerate expansions into new regions.

It was because ShopandBox looked globally from the beginning that it was able to pinpoint these hotspots, and Tai says more Aussie entrepreneurs need to look to do the same.

“The general school of thought has been to start local and prove the business, and then grow it slowly from there,” he says.

“But we grew big from day one to get that blanket coverage, then worked backwards to saturate our most popular markets.”

Plans for the future

He says the huge majority of ShopandBox’s growth has been organic, and the new funding will allow the startup to focus its marketing efforts.

“Now we know where the demand is quite clearly, and most of it has been organic so now we can saturate those markets with a paid marketing arsenal,” he says.

“We’ve proven that there is a demand out there.”

There’s also a whole other target audience that is usually ignored that the startup wants to target: regional Australia.

“Whether you’re a shopper in regional Australia or a shopper in a big city, the cost to ship items is exactly the same,” Tai says.

“There’s a big untapped market out there, and these people would appreciate being on a level playing field.”

With $1 million to spend and backing from one of the biggest funds in the world, the future looks bright for the Melbourne-based startup.

“We’re connecting people via our platform on opposite ends of the world,” Tai says.

“We know what we have to do, now it’s about going out and doing it.”