Should Australian schools be doing more to teach students how to code? 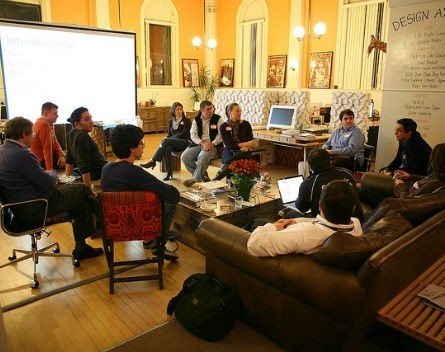 It is widely recognised that Australia needs to train up a generation of tech-skilled entrepreneurs to prepare us for the future. But are our high schools doing enough at the moment to teach students how to code?

Not so, according to entrepreneur and 17-year-old student Victor Zhang. Earlier this year, Zhang co-founded Generation Entrepreneur – an initiative aimed at encouraging students to start thinking like entrepreneurs – with friend and fellow classmate Alex Luo.

Zhang says he has experienced first-hand how the education system is not preparing students to being as “tech savvy” as they could be.

“I definitely believe there is room for high schools to teach technology skills and coding to students,” he says.

“Currently, the Department of Education is moving to integrate technology into classrooms, however, not in an effective manner.”

Zhang says skills such as coding are becoming increasingly relevant and an understanding of how technology works could improve the employability of students in the future.

“Technology is playing a large role in everyone’s lives and even this is growing exponentially,” he says.

“To assist this growing demand, high schools should revisit their offerings and come up with an engaging, up-to-date syllabus for their technology subjects. They should also invest in bringing on younger and tech-savvy teachers to teach these subjects and increase awareness of these electives within schools.”

Pete Argent, co-founder of the Coder Factory in Sydney, told StartupSmart more needs to be done to ensure students have a basic knowledge of coding and explore further opportunities should they wish to.

“I think there’s a huge institutional problem that our kids are not being taught more about technology and coding in particular,” he says.

“They don’t have to become a developer as a career, but it’s going to help to them no matter what career they choose.”

Argent says he would like to see the Government pay as much attention to coding in schools as it has with languages other than English.

“Language is still important, but coding is another language that should be taught,” he says.

“It will help them in all their other studies. Once you understand how technology and coding works, you appreciate maths, science and English so much more because you see what can be done to make our lives better through coding and technology.”

Argent says there are a number of misconceptions around coding, such as it being boring or hard. He says he has been “blown away” by how quickly children pick things up.

“Young people of all types, they have a desire to make the world a better place,” he says.

“Knowing how to code empowers them and they realise they can make a difference. It’s a great equaliser as well – you don’t have to be rich to code and make something that helps people.”

Argent says the key to getting schools to embrace coding is to support teachers and educate children and the wider public that it’s not just for “super smart people”.

“It’s something everyone can do.”