Should you be California dreaming? 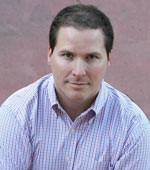 For some high tech Australian start-ups, success can still be defined by two words: Silicon Valley.

Wedged between the San Francisco Bay and the suburbs of San Jose, Silicon Valley is widely regarded as the epicentre of high tech innovation and development, making it the ultimate destination for many companies throughout the world.

It’s estimated that a third of all venture capital spending in the US is focused on Silicon Valley, so the lure for Australians start-ups is clear. The recent Stateside success of Australian firms such as Freelancer.com and The Broth suggests that US investors are increasingly in tune with the innovation taking place Down Under.

But what does it take to get to Silicon Valley, how can it transform your business, and is it worth it?

According to Matt Barrie, chief executive of Sydney-based outsourcing marketplace Freelancer.com, Australian start-ups have traditionally headed to the US because it is the largest market in the world, which means more access to capital.

“There’s a whole group of ‘Australia mafia’ in Silicon Valley now who have gone across and in some cases even sold their companies to giants like Google,” Barrie says.

“It used to be that the only exposure many Americans had of Australia was through [TV program] The Crocodile Hunter.”

“Increasingly however, US VCs I’ve spoken to are more open to investing in Australia and quite like the Australian companies they’ve seen.”

“Many are now actively trying to source deals down here, particularly because start-up valuations are so high in the valley.”

According to Barrie, the benefits of heading to the US depend on the kind of business you’re starting.

“If you’re selling through a website like Freelancer.com, it doesn’t really matter where you’re based. If you are selling seminconductors, however, you need to be where the customer is, which is Silicon Valley,” he says.

“The great thing is that the cost to start a company has come right down thanks to the internet and things like online outsourcing.”

“As a result, a whole new class of investor has emerged; ‘super angels’ such as YCombinator or TechStars that fund companies to the tune of $20,000 or $50,000 instead of $5 million because it’s just so cheap to get going.”

“I think this is exactly why we’re seeing incubators and angel groups springing up in Australia – a small angel investment can make a real difference in this model,” she says.

Forrest cites Australian group-buying site Spreets as a prime example, which was recently sold to Yahoo!7 in an overnight deal worth a whopping $40 million.

“Of course, there was a tremendous amount of hard work and great talent that went into Spreets,” Forrest says.

“My point is that you can afford to take a chance when the investment is quite small, and the returns can be relatively big. I’m hoping we’ll ultimately see a change in the risk profile in Australia as a result of this trend – it could be a game-changer.”

Do you really need to head to the Valley?

Mick Liubinskas, co-founder of Australian incubator Pollenizer, which picked up Spreets, says the overall landscape in Australia is starting to change as companies choose to venture to the US much later, or not at all.

“The old model was to test your idea in Australia and then get it to the US as soon as possible… But a lot of Australian start-ups are now avoiding the US because it is so competitive,” he says.

“It can be more difficult to do a light launch in the US market – you have to hit it pretty hard.”

Amanda Price, chief executive and founder of ausEmerge; a support mechanism for Australian companies looking to enter the US market, agrees that success in Australia does not necessarily translate to the US.

“Unless you have lived and worked in the US for at least 12 months, then you should treat the US as if you just landed on the moon,” Price says.

“One of the biggest mistakes made by Australian businesspeople is assuming that Los Angeles and New York are representative of the US market. That could not be further from the truth.”

“If you really want to get to know the US consumer, then you need to understand the diversity of consumers in the different geographical areas.”

“Is your brand culturally appropriate for the US? Does the US consumer have the same value or benefit proposition as your Australian consumer? Can you really offer something truly unique?”

“Don’t risk your Australian business by overinvesting or taking your eye off the Australian market.”

StartupSmart spoke to three successful start-ups who have made it in Silicon Valley to see if the odessey is worthwhile for the next generation of fast-growth Australian businesses.