Should you be speed dating your mentor? 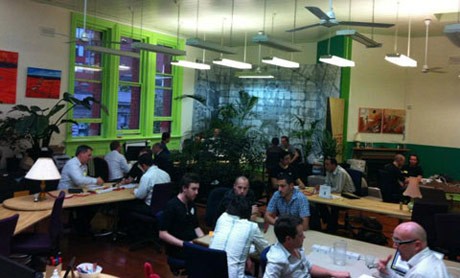 Getting good value from a mentor used to be quite a drawn-out process. You could spend weeks, or even months, tracking down the right guru for your start-up, all for a brief coffee and chat.

However, much like the starting up process itself, which has been turbo charged by the web and a globally-competitive marketplace, mentorship no longer requires a lengthy courtship.

Mentor network PushStart has introduced the concept of mentor “speed dating” for start-ups that need a quick-fire dose of advice from multiple industry experts.

The idea to Mentor Live! is simple. Budding entrepreneurs are allowed to book up to three, 15-minute sessions with different mentors. They then have to get across their idea, answer questions and take any criticism on the chin in the allocated time.

Three Mentor Live! events have taken place so far this year, across Sydney and Melbourne, comprising a total of more than 400 mentoring sessions.

Although the concept of speed mentoring has been around for awhile in the US and Canada, the process will be new for most Australian start-ups.

So what is the benefit of whizzing around three different mentors rather than sticking with one long-term advisor? Isn’t it a bit self-defeating?

Kim Heras, founder of the PushStart network, denies that the process is a pointless gimmick.

“The obvious benefit is how simple it is – you get a list of mentors that have nominated themselves rather than having to get someone interested in your idea first,” says Heras.

“You then get a number of sessions, which gives you a lot of practice in pitching in a short period of time. It’s a low commitment kind of event – you can use it for practice without thinking that you’ve blown your one shot with an investor.”

Heras also points to the indirect benefits that start-ups have gleaned from the events.

“It works very well as a first stage of mentoring – start-ups have gone on to a more formal relationship with mentors afterwards,” he says.

“Sometimes, the more important value is being the other people that mentors have introduced start-ups to. You not only walk away with a good first impression of your business but also help with growing that business by being put in touch with suppliers or other partners.”

But what do the start-ups that have been through the whirlwind mentor sessions think? We spoke to two to see what value they got from the process.