Should your startup aim to be the next unicorn or just to break even? 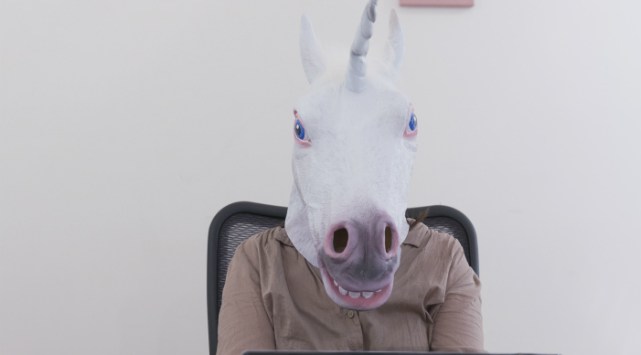 Ever since the term unicorn was invented we’ve been reading about them in almost every business media.

That’s not surprising – we all love a good success story. As entrepreneurs or aspiring entrepreneurs we all dream of building a unicorn one day too.

But for each startup that gets valued above $1 billion, there are millions of startups that fail. Data shows that there are about 100 million new businesses started worldwide each year.

Yet there are only about 100 unicorns around the world, most of which were founded in the last decade. And the fail rate among newly launched businesses is around 94%.

If you start a new business, your chances of becoming a unicorn are one in 10 million. Does it even make sense to be so obsessed about it? And more importantly, should you be worried about becoming one, or is it better to focus on break-even first?

But not every new business is a startup. There’s a difference between a small business, such as local café, and a startup.

A startup is defined by growth. If you call yourself a startup, you should be going after a billion dollar market and give your best to win the race for it. At the end of the day, you’ll find it difficult to attract the best talents and get investors if you don’t show inspiring ambitions.

At the same time, you should be able to draw a line between true ambition and extreme expectations. General Electric, Walmart, Apple, Tesla Motors and many other great companies weren’t founded to become the next unicorn; they were started with an ambition to make an impact on the world.

Extreme expectations will work against you

Today you often see a lot of startups giving up after they fail to raise another multi-million dollar round or when they find out the growth is not high enough to become the next Instagram. When that happens, founders just move on to the next thing.

After all, the mantra of the startup world today is, ‘fail fast, fail hard.’

Failing and quitting is not the same thing

There’s a difference between failing and quitting.

Evan Williams, the founder of Blogger, Twitter, and Medium, is a great example here. When he started Blogger, at one point he had to lay off all of the employees. But he stayed and kept working on his idea solo even though he had no money or workforce to help out.

The Airbnb founders sold cereal to keep their startup alive. They made no money and got no investors for two years until Paul Graham accepted them to Y Combinator. And even that wasn’t because he felt Airbnb is the next unicorn – here’s what he said about it: “We thought Airbnb was a bad idea. We funded it because we really liked the founders. They seemed so determined and so imaginative”.

As Steve Jobs said, “About half of what separates the successful entrepreneurs from the non-successful ones is pure perseverance”.

There’s a reason why people like Elon Musk, Steve Jobs or Evan Williams could repeat their success several times. A recent study from Harvard School of Business shows that previously successful entrepreneurs are more likely to be successful the next time they start a business while chances of success of previously failed entrepreneurs remain the same.

The success rates of previously failed entrepreneurs are almost identical with first-time entrepreneurs.
If you give up once, the experience you gained won’t matter much.

As an entrepreneur, you should focus on building a successful company in the first place and then worry about becoming a unicorn – find a vision that’s more important than building a unicorn and you’re more likely to actually build one.

Mark McDonald is the co-founder and co-CEO of Appster, a leading mobile app and product development company with offices in Melbourne and San Francisco.

You can download a free whitepaper on how to raise $50k in 50 days here.