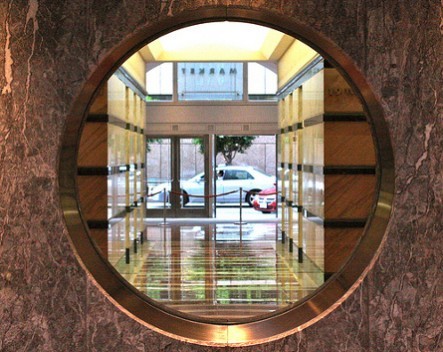 According to SEEK co-founder and Square Peg chief executive Paul Bassat, payments are the “holy grail of innovation”. He made the comment at The Australian Financial Review and Macquarie Future Forum on Tuesday, where some of Australia’s leading entrepreneurs declared the industry ripe for disruption.

Despite banks in Australia being protected by complicated regulations, entrepreneurs are placing the industry under increasing pressure. Adding to banking woes are the likes of Google, Amazon, Apple and Facebook eyeing entry to the payments market.

Society One is Australia’s leading peer-to-peer lending platform, with a $5 million investment from Westpac’s Reinventure Group, a $50 million fund set up to back early stage startups. It’s rumored to be on the investment radar of both James Packer and Lachlan Murdoch.

Borrowers list loan requirements and investors decide which loans they choose, how much to invest in each loan, and the rate at which you want to earn their interest.

Its personal loan rate for a prime borrower is 9.80% pa, 5% lower than the average rate from the major banks.

Tyro provides credit, debit and EFTPOS card acquiring services and does not take money on deposit.

It was founded in 2003 by ex-Cisco employees Peter Haig, Andrew Rothwell and Paul Wood as MoneySwitch Ltd.

At launch it was the first new entrant into the eftpos space in 15 years.

Pin Payments is an Australian-based startup operating from Melbourne and Perth that offers onsite payments and a developer API without the need for a merchant account.

It received a grant from Commercialisation Australia and partnered with some of the Australian banks to make its offering possible. Both overseas-based Braintree and Stripe operate in the same space, but Pin has a solid local focus.

Getting access to a payment system has previously been a juggle for companies, especially early stage ones. Pin Payments is aimed at developers who can easily integrate its service through their API.

CoinJar, a Melbourne-based bitcoin exchange and payment system, which has raised $500,000 in seed funding from a range of individual investors and the Blackbird Ventures seed fund.

Launched in February by Asher Tan and Ryan Zhou, CoinJar has over 10,000 active users in Australia. The company charges a low single-digit percentage fee for each transaction.

CoinJar was the first company to get its Bitcoin app re-listed in the iPhone App Store, after Apple revised its app guidelines to include virtual currency apps that it previously excluded.