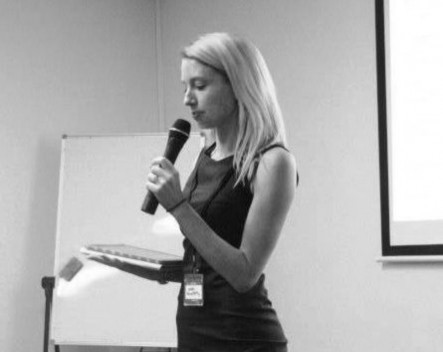 A monthly, women-only networking event for entrepreneurs will launch tonight at Robina co-working space Silicon Lakes on the Gold Coast.

“They enjoy working with and for women, and were really keen to get more women who were interested in starting their own businesses along to their events,” says Hunneybell, the co-founder of development company Mother App Studio.

Hunneybell told StartupSmart she’s excited to provide a way for women to connect to the start-up scene, which can be dominated by men.

“Even if you know you’ve got just as good an idea and equal skill sets, still knowing you’re the only woman in the room is daunting. I’ve turned up to some events and left,” Hunneybell says.

She says entrepreneurial events that are activity focused are a great way to welcome new women into the wider scene.

“When I was trying to get out there and network, I started going to events that were purely focused on actually doing something,” Hunneybell says. “I thought even if I was the only woman in the room, at least they could see my skills in action and it helped me make more meaningful connections.”

This is the second women-only event Silicon Lakes has tried.

“We’ve changed our approach and made it a bit more structured and added some wine. The first one was a casual get together, but this one we’re going to have a topic for each meeting and a guest speaker,” Hunneybell says.

The first event will feature Louise Agnew, director of financial advisory group LYFE Academy. Agnew will speak on how to manage the financial and mind-shift changes required to go from employee to entrepreneur.