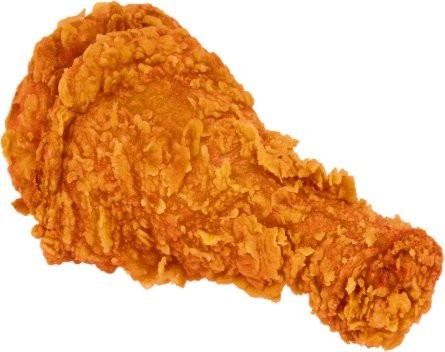 By now, long-time Taskmaster readers will be familiar with the saga of John, the owner of the local chicken shop in Parts Unknown.

For the newer readers, John found himself with a paltry future selling poultry after he invested his retirement nest egg into buying a chicken shop called the “Super Rooster” – only to find out that national fast food chicken chain was opening a franchise just down the road. His lack of research turned out to be a costly mistake.

When the customers dried up, John decided to diversify his offering. He decided that, aside from being a takeaway fast food shop, he would simultaneously try to be an upmarket cafe. His menu expanded to offer cappuccinos, lattes, poached eggs benedict, open ham and sundried tomato sandwiches, Mediterranean focaccias, pesto pastas, bruschetta, pancakes, milkshakes and antipasto platters. Yet he still offered his fast food fare too – he diversified too far.

Unfortunately for John, he found himself with some difficulties when it came to delivering on this extended menu. Namely, it was limited to the number of times each day John’s daughter could sprint to the local supermarket. In other words, he was not able to deliver everything he promised.

Well, this past weekend, your humble correspondent decided to visit the local chicken shop. And, oh my, how things have changed!

The car park out the front was freshly paved with new bitumen. The weeds were gone. There were people sitting, enjoying coffees with cigarettes at the outdoor tables. They sat in front of a modern cafe with a handsome stone, freshly varnished timber and tinted glass window façade.

The lovely scent of freshly grilled charcoal food wafted through the air outside. Old Taskmaster could pick out a combination of Greek-style lamb and fresh barramundi – combining in the air with the smell of freshly varnished timber.

Inside, looking through the tinted glass, groups of friends, young couples and families reclined on the fashionably worn couches enjoying their focaccias and all-day breakfasts.

Oh, and next door to this successful business was John’s chicken shop, the Super Rooster Cafe. Still complete with its fading, canary yellow outdoor plastic furniture and a creepy Foghorn Leghorn lookalike mascot painted on the windows.

Inside the empty takeaway shop that claimed to be a cafe, John was fuming.

“First the national chicken chain, and now this! I just don’t believe it! Just as I was gaining traction with the morning commuter coffee crowd, those cheeky buggers chose to open their cafe next door!

“After months spent getting customers, I…” John began to cough like a chain smoker. “Excuse me, it’s the chicken grease in the air – it makes me cough sometimes. As I was saying, that new cafe next door stole all my customers overnight! I’m not sure how they did it?!

“After all, every single item on their menu is on my menu as well! There is literally nothing you can order there that you can’t order here! So why is that new cafe always so busy when I’m so empty?!”

Old Taskmaster looked at the faded old Pepsi-Cola machine, the half-centimetre thick coat of grease on the windows, the long-broken Galaxian arcade machine in the corner and the fading Chicko Roll posters on the walls – then said nothing.

Even the cobwebs in the corners were empty – apparently even the spiders had given up on trying to get a feed at the Super Rooster.

Old Taskmaster says there’s a big lesson for your business from this sorry saga. Sometimes it’s better to have a smaller, better presented product offering than to try to do everything – and failing poorly.

So are there ways to make your product offering more appealing to customers by simplifying it? It’s worth thinking about.