Six tips on how to bootstrap your way to funding 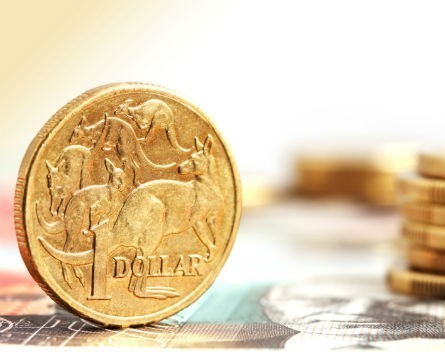 Speaking at Lean Startup Melbourne on Tuesday night as part of Startup Victoria’s Startup Week, Culture Amp co-founder Douglas English says talking to investors is a very different experience when they come to you.

“It’s actually a very attractive thing to be a profitable company when you’re going and talking to investors,” he says.

Here English’s tips on how to bootstrap your way to funding.

“I guess one of the advantages we had from a bootstrapping perspective is that our domain is B2B space. The main reason for that is you’ve got really big customers that are willing to give you large amounts of money. So you don’t actually need that many customers to get to a point where you can fund yourself. At least to allow the founders to live on small amounts of money. I guess the other thing is some of the transactional volumes you need out of a consumer app, we didn’t necessarily have to deal with from day zero.

“So that helps a lot, from the infrastructure side in terms of the cost … it’s not that much (different), but the complexity in terms of how you make the technology scale is probably a good thing to avoid early on.”

Ask clients to pay for the development of features…

“This is a double-edged sword. It’s a great way for testing how important a feature is to a client. Being able to say OK, we’ll build it if you put 10k, 20k on the table. Make sure you have considered the real long-term life cycle costs.

“Some of the features we took money from early on, we’re still supporting three years later. We took a lump sum up front, which was great, it helped us at the time, but it has an ongoing cost. I think the most important lesson we learnt was understand the roadmap and where you are going. Use it as a way to allow some customers, or certain customers to bring forward things on your road map, or as a way to test ideas.

… but always test demand for those features with multiple clients

You’ll likely need to work elsewhere to support yourself and your startup. Try and do it in a way that’s relevant to your startup

“We came from a consulting background and so went back to the areas we knew, and worked to basically help pay for our startup. If you’re going to go down that path, it’s a really good thing to either focus, if you’re a tech person, focus on getting jobs in the technology stack that you’re trying to use in your startup. So for us ideally we’d go and work in companies that are dealing with HR or dealing with HR problems. In both cases it’s because you would get more out of it than just consulting.”

If you are doing some consulting on the side, put your rates up

“Most consultants have to set (their rates) at a level that puts them pretty close to 100% utilisation. If you’re working on a startup, you don’t actually care which three months a year you have to be working.

“So you can put your rates 10, 20, 30% over other consultants and you’re interacting when a client desperately needs the help. And then you can get more money in a shorter period of time.”

“Have a look at R&D, not a grant, but a tax incentive. R&D is very useful. Multimedia Victoria have grants that fund conferences, so going overseas and getting half your expenses paid. EMDG, the Export Market Development Grant, is very useful for marketing overseas as well.”