Doing business in China: How to crack the market 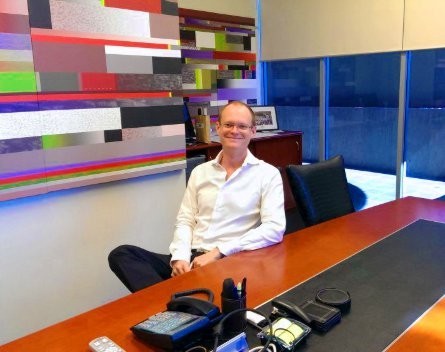 The deal with the two women who owned a chain of 2000 beautician shops was swift, with Zamykal having only met them over lunch that day through his father-in-law after earlier sending them samples of his product.

“This concept of mixing something up and drinking it was foreign to them,” he says.

Within a month Slim Nation was shipping its powders to its first customers and is now pitching for a government contract which, if successful, could see the company shipping up to 1 million units a month.

It’s an example of the importance of connections and relationships when doing business in China, and also how quickly deals can be done when both sides are committed, despite the process usually being a drawn-out affair.

“We were introduced by the family which gave us credibility,” Zamykal, whose wife Angela is originally from China but has lived in Australia for 20 years, says.

Zamykal, who’s based in Brisbane, says doing business in China can be slow, as both sides get to know each other.

“The relationship is very important. Getting to know you and your background,” he says.

He says business in China has taught him the importance of patience, with potential business partners saying “yes” when there’s no certainty of a deal, but prefer not to say “no” to save face.

“My best advice is silence means no. If they stop connecting with you, it’s a no.”

Zamykal, who also has his own financial services business, launched Slim Nation in 2011 after several years of thinking about creating a new company.

He was inspired after attending an Entrepreneurs’ Organization event in Texas in 2009 when he heard the creator of the Guitar Hero videogame talk about how rock band Aerosmith had sold more music out of his game than out of their entire career.

“I’m thinking, `how do I create a product that’s scaleable, that I can sell around the world?’,” he says.

It was during a visit to China that he and his wife saw that obesity was becoming an issue in the country.

A recent China Daily report says that more Chinese people are becoming overweight, with a survey of more than 43,000 adults finding 11% of people aged 20-39 are obese, up by 2 percentage points since the last survey in 2010.

Zamykal says he noticed there was a lack of products in China to tackle their diet.

He reached out to his networks and met a man at the Brisbane Golf Club who had expertise in developing drink powders and the pair went to work on developing a range of products.

He decided to start out as an exporter with his powder mixes as the meal-replacement market in Australia was already fairly crowded.

“The Chinese like Australian products, they’ll pay a premium for them,” he says.

Since then he’s secured a deal for a national supermarket rollout in Australia for Slim Nation’s powders and has expanded into ‘meal in a bottle’ liquid meal replacements, which have received the tick of approval from a Brisbane health region that will see them sold in major Brisbane hospitals such as the Princess Alexandra.

Zamykal says he made several mistakes along the way while establishing Slim Nation, but sees them as an element of success.

One mistake was outsourcing label design to an overseas outfit, describing the result as “messy”.

“It wasn’t professional enough,” he says, adding that there wasn’t enough consultation.

He says all graphics and label design is now done locally, pointing out that the ability to sit next to a designer was “much better”.