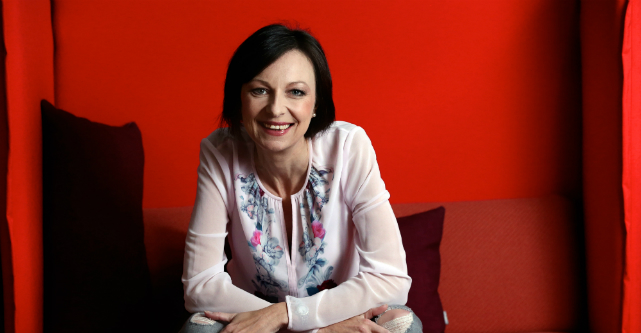 Slingshot has appointed former CareerOne boss Karen Lawson as its new CEO as the corporate accelerator prepares to enter a new phase of growth.

Slingshot’s program connects startups with larger corporates and has now seen 50 early-stage, high-growth companies pas through its doors with a combined market cap of more than $60 million.

Lawson, who was formerly the CEO of online job marketplace CareerOne and has more than a decade’s experience of working in the tech space, previously served as the head of innovation at Slingshot.

Thirty-three startups have been incorporated in the Slingshot program with 27 of these still operating.

Lawson says this proves the accelerator has now validated its model and is set to rapidly ramp up its growth plans.

“Without a shadow of a doubt what the company has proved is that the program works,” Lawson tells StartupSmart.

“That’s a phenomenal strike rate and they have some absolutely incredible teachings and practices that are world-leading.

“I want to reach more corporates and help more startups and scale-ups. There are a lot of different channels and levers we can move to do that at scale. We’ll be expanding nationally and taking this model global.”

Slingshot’s program supplies large corporates with innovation strategies and is currently working with the likes of NRMA, ING Direct, HCF and Simplot.

The organisation, which was founded three years ago, recently acquired Melbourne-based accelerator AngelCube and announced plans to inject up to $10 million into the local ecosystem.

Lawson says most of her career has centred on connecting businesses of different sizes and she will be bringing this to her new role.

“Often different agendas or businesses come through in a way so that you create something truly remarkable that wouldn’t happen without that partnership,” she says.

“The beauty of startups is that they’re rule-breakers and rule-makers. That’s precisely why new ideas come through them – they don’t have any restrictions and move at a completely different speed to corporates.”

“The thing that we do that’s really unique in the ecosystem is that we have a formal program that is directed and funded from the corporate with a specific theme around innovation that the corporate is actually looking for,” she says.

“It’s not just an investment – that can run out very quickly. We’re using these two enormous market forces for good.

“There’s a lot of aggression between corporations and startups, who are wanting to take over the world. But there’s an innate beauty with what we’re doing.

“We don’t have a corporate sitting behind us and we’re completely agnostic of sector. We work with all corporates across all sectors to give startups of Australia the greatest chance of success.”

Slingshot chairman Gary Flowers says the accelerator’s new CEO will help guide the company through a period of rapid growth.

“She will bring invaluable guidance and expertise to the role, having transformed complex organisations and created new platforms and marketplaces.

“Our accelerator programs, scale-up initiatives and corporate partnerships will flourish under her stewardship.”