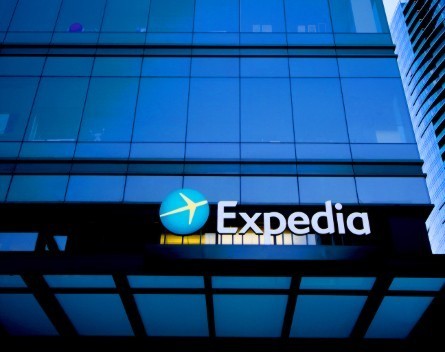 Associations representing thousands of small and medium Australian accommodation providers have slammed a decision by the competition watchdog to not oppose the takeover of Wotif by travel giant Expedia.

The Australian Competition and Consumer Commission said this morning it will not stand in the way of the transaction, after launching an investigation into the matter earlier this month.

Expedia launched the $700 million takeover bid for Australia’s Wotif Group in July, offering $3.06 per share to acquire all Wotif.com Holdings shares. Wotif recommended at the time the deal be accepted by shareholders, who are set to receive a special dividend of 24 cents per security.

While the competition watchdog said it is aware of concerns by local accommodation providers that the takeover “may result in them paying higher commission rates to online travel agents”, ACCC said in a statement the deal is “not likely to result in a substantial lessening of competition”.

“The ACCC found that there has been considerable change in the competitive dynamics of the online accommodation distribution market in recent years,” said ACCC chairman Rod Sims.

“This has included new entry by a number of competitors and business models, including Booking.com, which has grown to become the largest online travel agent in Australia.”

“The ACCC also noted the increasing importance of metasearch sites such as TripAdvisor and Google Hotels Finder, which aggregate the offers of hotels and numerous online travel agents in one place for consumers to choose from … Metasearch websites increasingly facilitate hotels’ ability to promote themselves alongside online travel agents and transact directly with consumers.”

“Disruptive developments from smaller online travel agents and from companies in related online sector, such as metasearch providers, can be expected to constrain Expedia in the future,” said Sims.

But industry associations Australian Hotels Association and Tourism Accommodation Australia have hit out at the decision, which they say is short-sighted.

Bradley Woods, chief executive of the AHA, told SmartCompany this morning the association will be seeking a meeting with Small Business Minister Bruce Billson to raise its concerns over the deal, as well as broader concerns about the “rate parity expectations” of online travel agents, with hotels and motels often constrained in their ability to offer rates different to those of the powerful online players.

“[The ACCC ruling] raises concerns for the hotel and accommodation industry that the ability of small and medium accommodation providers to negotiate fair and equitable terms and to negotiate reasonable commission rates has been struck a blow,” says Woods.

Together, the AHA and TAA represent around 2500 small, medium and large accommodation providers, and Woods says many of the associations’ members have already raised concerns about what the Wotif deal will mean for their businesses.

He expects more members to get in touch following today’s decision.

Woods says the groups had argued the ACCC should consider the level of competition in the online travel agent market separately to the role of the metasearch sites such as TripAdvisor, as these sites simply offer “a compare and contrast service”.

“And if you have two major agencies dominating the market and they own half a dozen brand each, [the metasearch sites] could be comparing different brands from the same company and the consumer doesn’t realise it.”

“There’s nothing to stop the metasearch sites offering deals from five online travel agencies which could all be owned by the same company. The bandwidth of room rates may appear to be competitive but at the end of the day they are being consolidating into the one entry.”