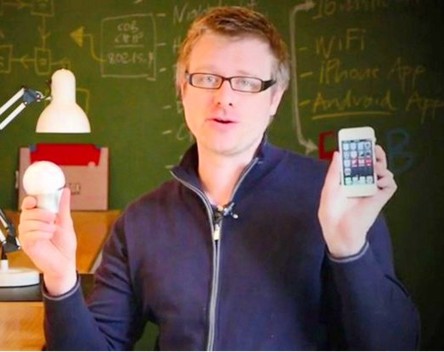 Kickstarter success story LIFX has launched a second batch of pre-orders of its WiFi-enabled, energy-efficient light bulb, with the Melbourne venture on track to eclipse $1 million in sales by the end of the week.

LIFX is a WiFi-enabled, multicolour, energy-efficient LED light bulb, controlled via an iPhone or Android. In addition to giving the user “unprecedented control” over their lights, LIFX reduces energy costs and lasts for up to 25 years.

In September last year, LIFX launched a campaign on US-based crowdfunding platform Kickstarter, with the aim of raising $100,000.

Within days, LIFX had raised more than $1 million from almost 10,000 backers.

While the first shipment was originally scheduled for this month, the first 500 units will now be shipped in May or June. Meanwhile, a second batch is set for September.

“We launched batch two of LIFX pre-orders on Friday afternoon, and sold over $100k in the first day, and look on track to eclipse a further $1 million by week’s end,” Birt told StartupSmart.

“I think we had a pretty good idea this one was going to go quite well because everyone who is ordering in this round signed up to a notification list previously,” Birt says.

“People were definitely disappointed they missed out on the Kickstarter campaign. That was originally going to be a 60-day campaign but ended up being a six-day campaign.”

Birt says the company is confident it can honour its shipment dates, insisting it has full faith in its manufacturer in China.

“A lot of it comes down to trusting the partner you’re working with. Phil has spent a lot of time with them now. He knows what they’re capable of and what they’re not capable of,” Birt says.

According to Bosua, the company is “super happy” the factory prototype is now finished and tooling has begun.

“The first batch of LIFX bulbs are underway,” Bosua said in a video update on the company’s website.

“Important functions of the firmware and the app are now complete, and we couldn’t be happier with where we’re at.

“The WiFi network connection is now complete… We’ve also finished the switching, dimming and colour-changing controls. You can also use your phone to dim your lights.

“There’s also a bunch of things we’re finishing off like notifications, music visualiser, candlelight, security mode, as well as heaps of things we’re cooking up in the labs.”

Bosua said he will be back in China next month to pick up the first 500 units “right off the line”.