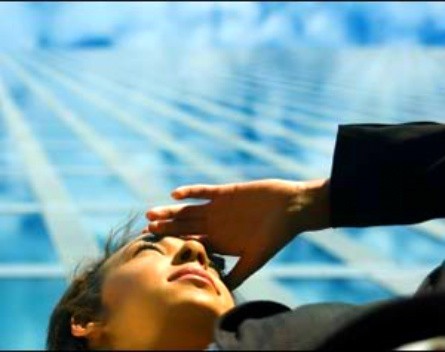 Businesses turning over less than $1.5 million a year are more confident about their economic prospects than larger enterprises, according to the latest TEC Confidence Indicator.

The survey, conducted in April with 266 members of CEO networking group The Executive Connection, showed many were growing increasingly confident about the ability of their businesses to increase profits in the coming year.

In previous surveys, TEC members were found to have overcome the effects of the global financial crisis far quicker than the Australian average for similar businesses. TEC chair Tim Maclachlan says this should be remembered when viewing the results.

“TEC members are people who go out there and spend a lot of time on professional development. They’re pretty positive folk. So we’d be looking to them to see the green shoots.”

More than half of the executives surveyed anticipated their sales revenues would rise in the next 12 months, especially in New South Wales, Queensland and Victoria. A similar number also believed their profits would rise over the period. Only 6% of those surveyed expected profits to drop in the coming year.

When it came to staff numbers, cost-cutting was far more a feature of the big-end of town than the SME space. Only 17% of those surveyed expected staff levels to fall in the coming year, while 43% said they planned to bring on more staff, and 40% said they planned to maintain current staffing levels.

But in companies with turnovers of more than $100 million, more than one-third expected staff levels to fall.

Across a range of indicators, executives of larger companies (those turning over more than $51 million a year) were more likely to have weak expectations for the coming year.

“Firstly, it could be that larger companies are slower to turn around. They’re far more reliant on things like the investment cycle, and so any improvement in conditions would take a while to materialise for them.

“And secondly, with smaller companies, they’re generally far more optimistic and risk-taking, and also, they’re the ones at the coal-face. They’re far less insulated from any changes.”

The survey results are a promising sign, Maclachlan says, especially given recent months.

“Anecdotally, we hear that conditions late last year and early this year were even worse than the financial crisis for a lot of small businesses,” he says. “We get that sentiment really broadly. And yet, here we have our members with a broadly positive attitude towards the future.”

In questions released exclusively to LeadingCompany, 80% of those surveyed said they believed the Coalition was the party best able to manage the economy. One in 20 (5%) said they believed the Labor party was best placed to manage the economy, while 12% nominated ‘none of the above’. The Greens, the other option available to respondents, did not receive a single vote on this front.

Polled on the biggest challenges to their business plans in the coming year, 32% of TEC members surveyed flagged a concern about softening demand for their goods and services.

In smaller businesses however, finding appropriately skilled staff was a larger concern: one-third of those with turnover of less than $1.5 million said this would be their biggest challenge in the coming year.

A quarter of those polled flagged global financial uncertainty as their biggest challenge, while 15% flagged higher costs.