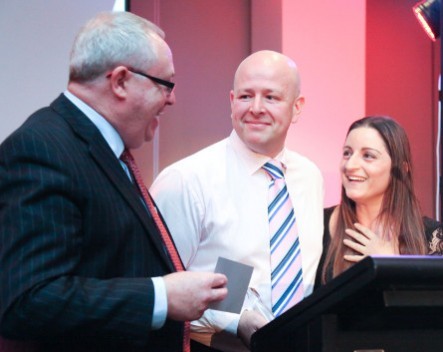 “This allows my wife and I the ability to get out and manage all three properly. It’s easy to hire someone, but it’s quite difficult to get rid of them if you make a bad mistake. We believe we can train anyone to sell bread or use the register, but you can’t train people have to have a personality or a smile.”

Whittaker says investing in staff through retail certificate training and apprenticeships programs has been key to each store’s growth and success.

Their focus for the future will be on consolidating the three stores – in Victor Harbour, Happy Valley and Sefton Park – for the next few years, but they haven’t ruled out opening more stores if the right opportunity emerges.

Whittaker says the award recognising their hard work was an honour and that the key to franchising was trust: getting the right people in and relying on the system you choose.

“You don’t walk a business, you run a business. Be prepared to put a lot of work in, and if you’re going to invest in a system, you have to believe in it and trust it. Use it to the best advantages,” Whittaker says.

Whittaker was working as a restaurant manager for McDonald’s in New Zealand when he decided he was ready to branch out on his own in 2006.

Whittaker was keen to get into franchising, but says the cost of setting up a McDonald’s franchise was prohibitive. So he looked at Bakers Delight instead, which was recruiting franchisees at the time.

“I wanted to get out there and do my own thing and get some more experience of my own, and have a bit more risk but also a much higher reward,” he says.

Whittaker says the move from restaurant manager to multi-unit franchisee has been incredibly rewarding.

“You’ve got the freedom of running your own business with a huge network behind you. You make the day-to-day decisions, but the brand and support is behind you from people with the expertise.

“It’s very hard being a small business, and having all the legislation and red tape, so the specialists are really helpful for that.”

After a networking trip to South Australia with Bakers Delight, Richard met his future wife Najat, who worked for the regional head office in South Australia.

Richard relocated to South Australia and they set up their first Australian Bakers Delight franchise in Victor Harbour 2010. The franchise was an existing store, so it was more affordable than creating and launching a new store.

“It was difficult, there were a lot of logistical issues and challenges,” Whittaker says, adding that most franchisees who invest in multi-sites have a short drive between them, whereas his stores are in country towns about an hour outside of Adelaide.

“It’s pretty challenging doing hour-long drives out at 2am for baking shifts, through the country dodging the kangaroos hopping across the road,” he says.