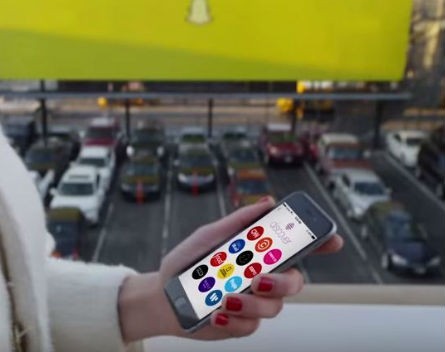 Just as a photo sent through Snapchat quickly disappears into nothingness, so too have the company’s plans to create its own original content for the platform.

The startup has been struggling to find ways to successfully monetise its 100 million plus active users and announced the Snap Channel in January, as Deadline reports.

It was Snapchat’s first venture into generating its own content, with plans to mainly focus on short-form narrative and musical series.

To signal the seriousness of its intent, the company hired former Fox senior vice present Marcus Wiley to lead the way.

But five months later Wiley, along with the rest of the team, are gone.

“Given that we are winding down the Snap Channel, it’s natural that Marcus would want to explore other opportunities,” a Snapchat statement to TechCrunch says.

“He is a tremendous talent and we wish him well.”

After being put on hold with plans for a relaunch, Snap Channel has been completely scrapped. It came as an abrupt surprise for the staff, who were apparently in the midst of discussions with major studios and production companies.

It seems Snapchat will now be leaving the content creation to the experts, with partners like Buzzfeed, CNN and Yahoo.

With the advent of the ‘Discover’ tab, Snapchat seemed to have hedged its bets on original content as a way to draw users in and monetise the masses.