Soaking up success: Yummia goes from the kitchen to commercial in just two years 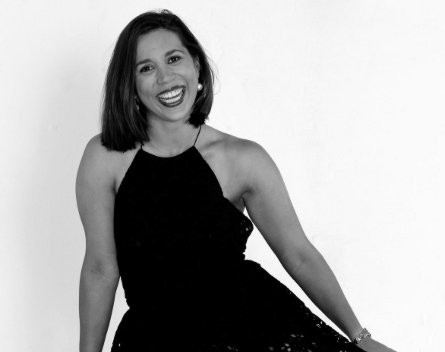 In just two years, Mia McCarthy has gone from making her pre-soaked bircher muesli range in her home kitchen to partnering with a manufacturer to produce hundreds of kilograms of the tasty ready-made breakfast meal.

It’s been a rapid rise for McCarthy, 24, who until about five years ago had never heard of bircher muesli.

“I still remember the first time I ordered it at a café,” McCarthy says, adding that she had to ask why it came already soaked.

Bircher muesli was developed in Switzerland around 1900 and is based on oats softened by soaking in milk, fruit juice or water. It’s now become a popular café menu staple with a range of ingredients usually added such as dried or fresh fruit, nuts and yoghurt.

McCarthy says her idea for ready-made bircher muesli came to her when she started making her own at home.

“I’m quite health conscious and wanted to produce a product that I would want to eat after rowing training,” she says.

McCarthy began making bircher muesli for her friends and family and developed a following.

She was 22 at the time and studying to become a primary school teacher.

She targeted local fruit and grocery shops and cafes around Sydney’s north shore, explaining to potential customers her pre-soaked, ready-made product, which she says was one of the first on the market.

McCarthy still remembers her first sale, to Zach’s Kafe Kitchen, in the Sydney suburb of St Leonards, and still delivers to them herself weekly.

As orders began to build she moved from her kitchen at home, where she’d been making around 20kg of bircher muesli a week, to a shared kitchen space where she was making about 100kg a week and then to another kitchen to make 100-200kg a week.

She’s now partnered with a manufacturer and moving production to a facility in Victoria.

Sometimes McCarthy can’t quite believe the success she’s had, describing a time when she was in a café and hearing someone ask if they had Yummia.

“That’s when you sit back and think `okay, it’s not just a hobby anymore’.”

McCarthy attributes part of her success to not having any business experience before starting Yummia.

“Not knowing a lot about business may be quite good for me because I don’t know what can go wrong,” she says.

She says she encountered some negative reactions from people when she started out, with some suggesting her business wouldn’t work.

“I like to prove things for myself. You can’t focus too much on negative people. I choose to be positive.”

McCarthy adds that she also believed in her product and nurtured it in the early days by doing her own sales and developing a personal connection with it.

Her plans for the next five years include growing the range of products Yummia makes and potentially expanding to markets overseas.

“The exciting thing about your own brand is having the control over it to constantly change the goal posts, there is always something new and exciting to strive for and achieve,” she says.

Understand the process involved. The whole process changes when moving into a commercial manufacturing facility, so develop an understanding of the new changes. Up until a few months ago I was still making the product in a hair net, don’t be afraid of a bit of elbow grease! If you know the process you will be in a much better position to teach others. I know my product inside out, so replicating it on a commercial scale was easier as I was able to give this knowledge to the manufacturing partner and staff.

Get support and advice on best practices to implement in your manufacturing process. Learn from people who have done it before.

Have structure, especially when I was managing the manufacturing. You need to have set days and time frames to achieve what needs to be done. I would be in the kitchen on certain days, working from home other days, out on the road on other days. I always have to start the day by going to the gym, especially when working from home. This gets me up and ready at 5.30am so I don’t waste too much time.

Especially with a food product there are lots of requirements and industry standards you have to have, so get to know these. When selling products commercially, it is imperative you meet and maintain these standards, the risk is too great if you cut corners.