National social impact accelerator One10 has accepted its first startup 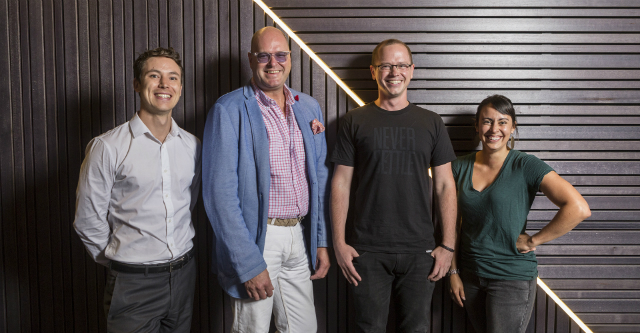 A Melbourne startup aiming to improve the health and fitness of Australians is the first participant to be accepted into national social impact accelerator One10.

Health Delivered is an end-to-end platform enabling practitioners and patients to work together in planning and implementing personalised health plans.

“A lot of current consultation is paper-based and using disparate tools, which is a relatively inefficient process compared to what we think it could be,” Saunders tells StartupSmart.

The two parties also discussed the possibility of investing in the startup for an undisclosed amount, which is “enough to make it very interesting”, Saunders says.

One10 has already linked the startup with health science experts, dieticians, nutritionists and food groups to develop the concept, founder and investor Geoff Gourley says.

“There is a lot of complexity and science that sits behind this app,” Gourley tells StartupSmart.

With a growing appetite for social impact investment among Australian investors, he says using tech solutions like Health Delivered to tackle widespread heath problems can alleviate the burden on governments and public health care systems.

“Australia doesn’t want to be known as the most obese country in the world,” Gourley says.

Gourley says One10 picked Health Delivered as its first accelerator participant because of the way it uses technology to work with the health sector in responding to obesity, diabetes and similar issues.

One10, which has helped facilitate nearly $10 million in investments across the country, will now work with Saunders and his team to make Health Delivered a high growth, high impact venture.

The idea for Health Delivered came out of a HealthAXL and Ernst Young hackathon where the team won the malnutrition category.

“In the original brief we looked at was how to address elderly malnutrition once individuals leave hospital care,” says Saunders.

“We realised the idea could be redefined to address a broader spectrum of health issues.”

Health Delivered is now broadening out to address a wider range of difficulties faced by dietitians in community care and private hospitals.

“We want to solve some of the critical issues across the industry,” he says.

With the ultimate vision of delivering a service that’s accessible to everyone, Saunders says he hopes to help as many people as possible to manage long-term health and diet, particularly in areas like chronic disease, post-cancer care, irritable bowel syndrome and malnutrition.

“We want to create something that all Australians can use,” Saunders says.