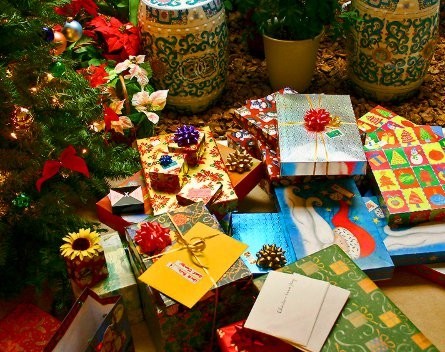 An app to make gathering a group’s money for presents won the recent Startup Weekend Adelaide, beating 21 ideas and 10 teams to take out the top prize.

SoGiftIt enables users to easily gather and manage funds for splitting the cost of presents for friends or co-workers. The team of four developed a point of difference through partnerships with retailers that enables the cash collectors to use the app to check out, similar to PayPal but as a group.

Co-founder Derek Munneke pitched the idea on Friday night, and the team launched a basic version of the product, which they used to gather funds to buy the weekend organiser flowers on Sunday night.

“We proved it from the user side and now need to prove it from the customer side. We have a few companies to approach in mind, and we need to prove it and flesh it out a bit more. If we can get retailers on board then we’ll seek investment to turn it into a full product,” Munneke says.

Munneke, who runs a software development company, told StartupSmart he was wary of the term entrepreneur, and preferred to focus on the hard work of developing products and young companies.

“Entrepreneur gets overused. Richard Branson is an entrepreneur, the rest of us are really start-ups,” Munneke says. “In this start-up boom one of the best ways to make money is to provide the shovel, so we make mobile apps.”

Munneke says the SoGiftIt team are hoping to launch the app by March 2014, and doesn’t anticipate seeking much investment for it.

SoGiftIt was selected as the winner by a judging panel that included Graham Wakeling from InBusiness Magazine, Stephen Rodda from ITEK Ventures, Kishen Vijayadass of BDO, and Shane Yeend of Imagination Nation.

Startup Weekend Adelaide co-ordinator Chris Hooper told StartupSmart the idea stood out because it was a problem everyone had experienced.

“Organising presents can be an absolute nightmare and the bigger the company the more complicated it is. They built the product over the weekend and actually used it, so we were all convinced,” Hooper says.

This is the fourth Startup Weekend held in Adelaide. Hooper says about 10% of the graduates go on to become companies, and some of the founders from the first weekends returned this time to mentor aspiring business owners.

He adds these weekends are key to fostering entrepreneurial activity.

“There has been a lot of simmering under the surface activity about entrepreneurship in Adelaide, and events like this help bring it to the front. We’re getting a lot of encouragement from local and state governments, which believe we need more start-ups in South Australia to diversify our risks in terms of some of our other ageing industries,” Hooper says.