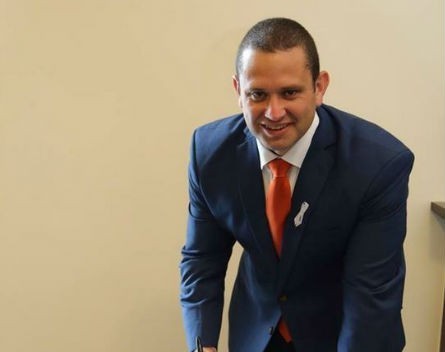 South Australia’s new innovation minister – who was sworn in earlier this week following a cabinet reshuffle – has committed to shifting Adelaide’s economy away from traditional manufacturing and towards tech startups in order to secure the state’s economic future.

Kyam Maher, who also holds the manufacturing and Aboriginal affairs portfolios, told StartupSmart the state was seeing an explosion of startup activity and this needed to be supported by government as well as the private sector.

“Entrepreneurship incubators are already crucial to the competition of the South Australian industry, but in the future we will increasingly rely on their capacity to access new markets, solve problems and find new ways of doing business,” he says.

“We need to look at the ways we can support entrepreneurs to best meet our economic goals.”

Maher says there around 100 programs available to local entrepreneurs provided by government and those in the industry, ranging from grants to accelerator programs.

“This level of support for entrepreneurship is unmatched in Australia,” he says.

“We believe that a good government is one that plays a supportive role for thriving entrepreneurs. We want to direct our support in a way we hope will provide the greatest benefit to the sector, but we also acknowledge that it’s important to let the reins go and let the hands-on work of entrepreneurs be done by the entrepreneurs themselves.”

However, more South Australians need to embrace entrepreneurship, according to Maher. He pointed to the government pledging $275,000 over the next three years to the Venture Catalyst program as well as $400,000 in funding for local coworking space Majoran as examples of how the government intends to make this happen.

“As the global economic conditions remain both challenging and uncertain, we recognise the South Australian economy’s transition,” he says.

“From our traditional manufacturing base to much more advanced manufacturing, these industries in which innovation and entrepreneurship are going to be crucial for the future success of South Australia. We need to do this in partnership with industry, the research sector and community in general.”

Paul Daly, convenor of the Adelaide Entrepreneurship Forum, says he has been involved in the tech ecosystem since the 1980s and now it feels like “we’re really on the cusp of something”.

“Very few of these programs are driven by government… so much is driven by volunteers and entrepreneurs themselves,” he says.

“And that gives me great confidence for the future. We are well on the way to becoming a city for entrepreneurs.”

When asked what he thinks needs to happen to ensure Adelaide continues to grow its reputation as a startup hub, Daly says the key is finding “a hero”. Size is not so much the issue – there are only nine cities larger than Adelaide in the US.

“We need to create greater visibility for the successes,” he says.

“That is part of the solution. When we have a Steve Jobs or Mark Zuckerberg… someone like that will really help to make people aspire people to do something.”