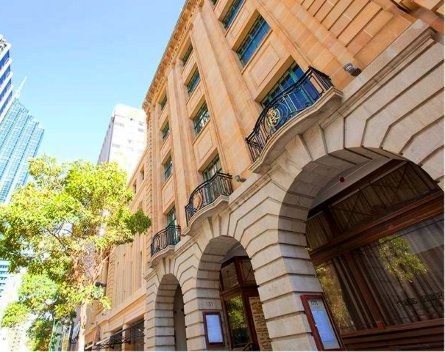 Spacecubed, a Perth co-working space on St Georges Terrace, has announced it is opening a second venue just five minutes up the road from its first.

Founder and chief executive Brodie McCulloch told StartupSmart the new venue was an exciting and necessary development as the Perth start-up scene continues to boom.

“There are lots of things coming together for entrepreneurs in Perth. There is a push to look at what else can we do other than mining. A lot of people working in similar industries such as communications and engineering but more people are going out on their own,” McCulloch says.

“We realised in the lead-up to June that we were going to have issues with space. We worked out by September we’re going to be maxed out across the board and we’d start losing members if we couldn’t grow as they grew.”

The first space was 500 square metres and has over 100 members. The new space has come about through a partnership with furniture company Haworth.

“We’ll be using their furniture and activating the space for them,” McCulloch says. “We’ll have 15 permanent desks and space for 25 co-workers at one time, which is a 50% increase in our capacity.”

The Spacecubed team is already using the new space for events, but fit out will be finished and the space open for residents in September.

Rick Baker, from start-up investment group Blackbird Ventures, and Ada Wong, a founder of a social enterprise co-working hub in Hong Kong, will be presenting at SpaceCubed in the next month.

McCulloch says the new space has come together in a couple of months and they expect it to break even within the year.

“We know there is lots of demand in the city, and this will allow us to test our potential to scale without too much extra staff investment,” McCulloch says. “This is really to test all of our systems for multiple locations. The first space from idea to break even took about two years, but to halve the time to make the second one work.”