“Speak up”: Ellen Pao’s message to women and minorities in tech 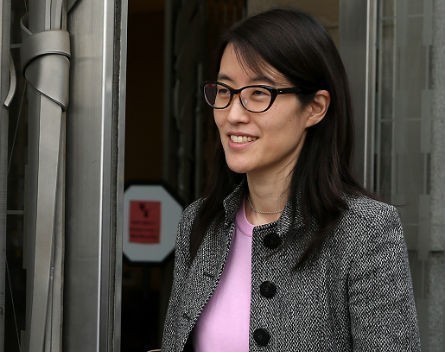 Former Reddit CEO Ellen Pao has some simple advice to combat sexism and discrimination in the tech industry: “speak up”.

In an extensive piece published in Lena Dunham’s online newsletter Lenny, Pao says things are slowly getting better for women in Silicon Valley, but a lot more work needs to be done to stamp out sexism in startups.

Pao has been in the headlines a lot this year, after losing a gender discrimination lawsuit against a venture capital firm and experiencing a highly controversial tenure as Reddit CEO, which she departed in July.

In the piece, Pao says she encountered similar sexism in the startup world as she did working in a more traditional law firm.

“The tech industry had even fewer people who looked like me; several startups had no women or minorities in management and engineer,” she says.

“It was hard to be a chill girl and bypass the obstacles facing the few women working in venture capital.”

She says sexism and gender discrimination is rampant in Silicon Valley, echoing many other accounts.

“We could all work harder and better than everyone else, but we weren’t getting a fair shot to rise to the top.”

“Women founders were pushed out or into lesser roles as a condition for investment, while similarly inexperienced male founders were given the benefit of the doubt and supported.”

Others who feel discriminated against in the industry need to follow her lead and publicly share their own experiences, Pao says.

And things are getting better according to Pao, who says some “meaningful progress” has been made on this issue.

“The biggest positive difference over the past 20 years is how women and minorities are sharing others’ bad behaviour, data, and their own experiences publicly,” she says.

“You can’t get away with making thoughtless remarks anymore; someone is there with a camera or tweet to post it online, where it will live on forever.”

The piece ends with a call to action for women who are working in the tech industry around the world.

“Know that when people use dog whistles like ‘the pipeline problem’, they are saying: ‘we haven’t done anything wrong, and we don’t care to fix it’.”

“Do not give up. You are not alone. There are millions of women and men who are supporting you and want you to succeed.”