Spelling out why Google turned into Alphabet 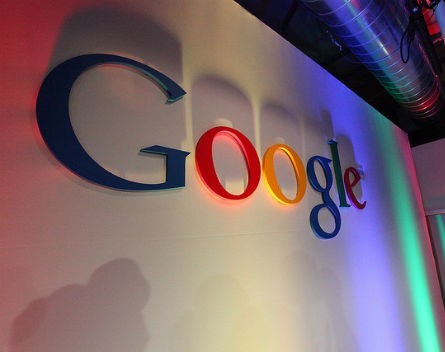 There are lessons for Australian entrepreneurs in Google’s big restructuring and rebrand announced on Tuesday, experts say.

Google announced the creation of a new holding company, Alphabet, which will include Google Inc, Google Ventures and Google Capital as subsidiaries.

This will separate the Google search engine business, YouTube and other web companies from the overarching company’s research and investment division, making things clearer for investors.

It’s a major restructure for the global search engine giant, with Alphabet now replacing Google Inc on the stock exchange.

“But in the technology industry, where revolutionary ideas drive the next big growth areas, you need to be a bit uncomfortable to stay relevant.”

Professor Tim Mazzarol, the director of the Centre for Entrepreneurial Management and Innovation, says these changes were made for two reasons.

“The first is the need to give the company more managerial structure,” Mazzarol says.

“The separation into separate companies under the overall parent holding company allows for each separate business to have its own leadership and management team.

“A second issue would seem to be the need to give the shareholders more ‘transparency’ in their ability to assess how the company is going.

“All these rather diverse business units cannot be easily managed within a single business and they have quite different profits and growth patterns.”

Dr Axel Bruns, a professor at QUT’s Digital Media Research Centre agrees and says we’ll have to wait and see whether they’ll be any real changes apart from the rebrand.

“It might not make any kind of difference whatsoever, it might just be renaming and restructuring internally,” he says.

“But at the same time it may well mean that Alphabet becomes a much broader, more diverse holding company that’ll allow these people that are leading innovators to play in other spaces as well.”

Lessons for entrepreneurs and startups

While this move might be as easy as ABC for a $US445 billion global giant like Google, there are still lessons in this major switch for smaller Australian startups and entrepreneurs.

Startups that are looking to rapidly expand could look to this as an example, Mazzarol says.

“I think entrepreneurs and founders can simply learn that as a company grows from a smaller, fast-growing and rather dynamic entity into a larger and more complex one, they have to go back to management principles and set up the company in a manner that allows them to manage size and complexity,” he says.

“It just makes good business sense as a company grows larger, and has more diversification in its business portfolio.”

This is often the hardest part of running a startup, he says.

“The easiest thing to do is to start up a new business venture,” Mazzarol says.

“The hardest thing is to grow it into a large company and manage that sustainably. The founders of Google are to be commended for their efforts so far.”

It might also be a sign Google is looking to diversify its portfolio and invest in more startups, Bruns says.

“If Alphabet positions itself as a more aggressive innovation company then it may simply provide another opportunity for entrepreneurs or startups to get bought by a major player,” he says.

“If Alphabet is looking to increase its portfolio of interesting companies, some struggling startups may have another place to go and pitch.”