Spotify partners with Brisbane start-up We Are Hunted 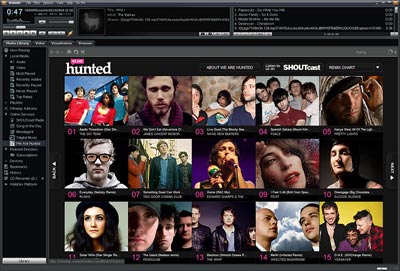 Brisbane start-up We Are Hunted has struck a partnership deal with online music giant Spotify that will see its technology rolled out on a global basis.

Spotify, which is set to launch in Australia early next year, recommends music to users based on their existing preferences. It has already enjoyed success in the US and Europe.

Spotify has chosen 10 partners to work with on its new App Finder service, including US music bible Rolling Stone.

However, We Are Hunted is the only Australian business to be included on Spotify’s new platform.

The company, which was founded in 2008, provides the top 99 tracks being talked about, blogged, shared and reviewed online each day.

Aimed at helping people discover new music, We Are Hunted will be used by Spotify to offer its customers a way to access new artists, rather than just established bands.

Richard Slatter, co-founder of We Are Hunted, tells StartupSmart that the platform, which launched yesterday, provides a good fit between the two businesses.

“We can help Spotify’s functionality and allow them to focus on what they do well,” he says.

“Spotify has 15 million tracks on it, so the question is, what do you play? Invariably, people choose music they already know.”

“If you like Snow Patrol, for example, it’s easy to say that you’ll also like Coldplay. You probably already listen to them. But out technology tells you who the next Bob Dylan is, if you’re a Dylan fan. You have to keep people excited by new things, which isn’t easy to do.”

“There is no financial deal with Spotify. We just want to get people participating. We’ve already seen a rise in traffic to our site.”

Slatter says that We Are Hunted is looking at how to monetise the opportunity, as well as a potential relocation from its Brisbane base.

“Brands want to be associated with cool acts and be where people congregate, so we can monetise that,” he says. “We don’t want to destroy what our community loves about We Are Hunted, but we have some ideas on how to do it properly.”

“We are on the radar of all the big music sites. They all take an interest and I don’t rule out an acquisition but we are paddling our own boat at the moment and building an audience.”

“We had 1.1 million unique visitors in November, so if we could get three times that, it makes it very attractive to brands.”

“We get 75% of our traffic from the US and it’s challenging to grow the site when we don’t have anyone on the ground there. We will look at having a New York office next year.”