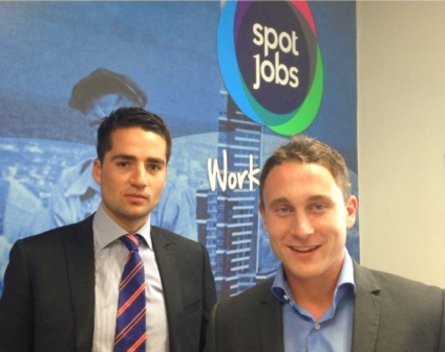 Like many start-ups, two of the key challenges online employment site SpotJobs.com faced getting off the ground were finance and building a team.

“In the back of your mind you ask yourself, ‘do we have enough capital to keep going?’” co-founder and executive director Jake Williams told StartupSmart.

“And putting together a good team of people from scratch is difficult.”

SpotJobs has overcome those challenges and is now celebrating its first birthday after launching in October last year.

The site, which aims to match jobseekers with part-time, casual or entry and mid-level jobs, has 250,000 registered users, sees more than 2.5 million page views a month and over 500,000 unique browsers a month.

Williams says he and co-founder Lewis Romano were able to raise funds for their enterprise from private investors through a network of people, which included a grandson of the family behind Simonds Homes, one of Australia’s largest home-building companies.

He says putting a team together involved hiring a chief technology officer who established the team to build the platform while Williams and Romano focused on the sales side of the business.

Williams says their key point of difference from other recruitment websites is that they offer entry and mid-level jobs.

“We’re not trying to be everything for everyone,” he says.

The site has signed up a host of large Australian employers, including David Jones, Telstra, Pizza Hut, KFC and Apple.

Williams says they list jobs in a wide range of industries, including retail, hospitality, logistics and tourism. Positions can be anything from stacking shelves to a store manager at a retail outlet.

Williams says he had the idea for a jobs website several years ago after noticing challenges his friends were having finding jobs.

He says he told Romano, an old school friend, about his idea after bumping into him one day and the pair decided to take the concept further.

“It’s been exciting all of the way,” he says.

Williams says their plan for the site is to keep growing and continue the momentum it had built in its first year.