Stackla piles up the goodwill among investors 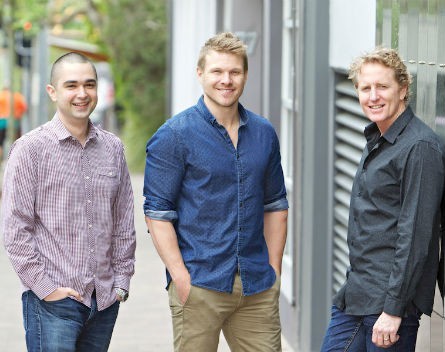 It comes as the startup has just closed a $3 million funding round, with initial-backer rampersand contributing again.

The capital injection, which was led by Bailador Technology Investments, will be used to help Stackla continue to rapidly spread across the globe.

Stackla is “one of the very few” successful enterprise software platforms in Australia, Naphtali says, and more attention needs to be shown to this area of business.

“Stackla is exactly the kind of Australian startup we should all be backing,” he says.

“It has great global growth, unique IP and is right at the leading edge of a major global trend.

Stackla CEO Damien Mahoney says the funds will be used to further push the overseas expansion. The startup now has offices in San Francisco, London, New York and Sydney on the back of an earlier $2 million investment round.

“It will allow the company to deliver upon an aggressive product roadmap that places Stackla at the leading edge of digital marketing technology.”

Stackla is a social marketing platform that aggregates user-generated content from social networking sites and integrates this at touch points within the marketing stack.

It has an open API approach, enabling clients to curate the presentation of their content.

The main challenge through the investment round was differentiating the startup in this competitive market in the US, Mahoney says.

“With the sheer size of the US market and the amount of competition over here it’s more difficult to cut through,” he says.

“We focused on the fact that we felt our category was still in its infancy and has a long path towards maturity. From a tech perspective our approach is completely unique among our competitors.

“We have an API and platform-first approach and that clearly differentiates us.”

It was also important to ensure they were speaking to the appropriate investors, he says.

“A lot of VCs are looking for unicorns – those life-changing, world-changing companies,” Mahoney says.

“When you’re a software business there’s not that enormous scale they often seek out, but we got a lot better at targeting the right types of VCs and ensuring their portfolio was geared towards our business.”

Mahoney won’t reveal what valuation was placed on the startup for the investment round, or the current revenue, but does say this has grown by more than 250% year-on-year thanks to expanding overseas.

“The Australian business has always been strong. We were able to benefit from our strong name and reputation in the Australia market and we continue to do well in that region,” he says.

“We became established in the UK at the end of last year and the team there are very, very successful. Whilst revenue in the US has been a slower burn, we’re confident of its potential, particularly with the clients we’re talking to now.”

More than half of the startup’s revenue is now generated outside of Australia, and Stackla has over 250 clients around the world, including the likes of Qantas, Toyota and McDonald’s.