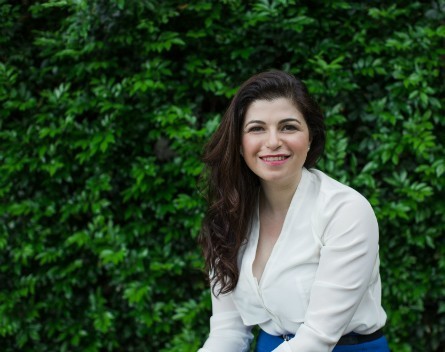 An online platform helping people with common interests to socialise has been transformed from a “diamond in the rough” to a polished startup thanks to the NRMA Jumpstart program.

On Tuesday night, the six participating startups will have the chance to pitch to an audience of more than 100 potential investors after completing the three-month program.

Epic Catch founder Meray Azar says the experience has been formative for her business.

“What’s awesome about being in the accelerator program, with these mentors who are so dedicated to us, is they’ve been able to refine my idea,” Azar tells StartupSmart.

Epic Catch is an online platform that allows users to propose activities they don’t want to do alone, and find people to join them.

So far people have used the site to find sky-diving buddies, team up for a five-course degustation dinner or take on a haunted house tour together.

Azar stresses the platform is not a dating site, but rather an opportunity for people with common interests to socialise.

But she says the growing popularity of sharing economy platforms Uber and Airbnb, as well as a hook-up culture fostered by apps like Tinder and Grindr, suggests young people are prepared to meet new contacts using the internet.

Azar also found support among the other founders in the JumpStart program, who she says eschewed the temptation to be competitive in favour of a nurturing environment.

Azar says she’s “stoked” for the Demo Day and says it’s an opportunity to expose her brand and its future aspirations to the industry.

“We’re on the brink of a massive take-off,” she says.